Of the four species of lynx that exist globally, two are found in Europe – the Eurasian lynx, and its cousin, the smaller, more brightly coloured Iberian lynx, which is now confined to southern Spain and Portugal. With a characteristically bobbed tail, spotted coat, long legs and a muscular body, these solitary, stealthy predators avoid humans and typically hunt at night, so they are rarely seen. 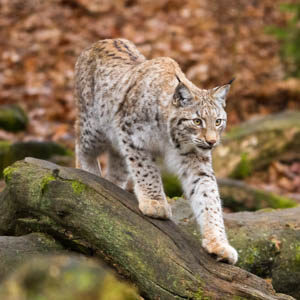 The Eurasian Lynx has a very wide geographical range, extending from Western Europe to Central Asia. In Europe, hunting and habitat loss has seen the animal’s distribution shrink severely over the last centuries – Scandinavia and the Carpathian Mountains are its remaining strongholds. 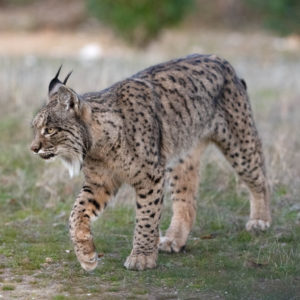 The position of the Iberian lynx is precarious – with less than 600 animals remaining in the wild, this is currently one of the most endangered feline species in the world. Iberian lynx once ranged across the Iberian Peninsula, occupying a mosaic of wooded and scrubland habitat, but populations were decimated by hunting and poaching, habitat loss and the decline of their main prey species, the European rabbit (mainly as a result of the viral disease myxomatosis).

Intentionally eradicated from many parts of Europe, the Eurasian lynx was considered extinct in nearly the whole of Central Europe for 200 years. Since the 1970s, however, it has been reintroduced to Switzerland, Slovenia, Croatia, France, Italy, the Czech Republic, Germany and Austria. Successful reintroduction into appropriate habitat relies strongly on acceptance by the general public. There are now thought to be around 9,000 to 10,000 Eurasian lynx in Europe. 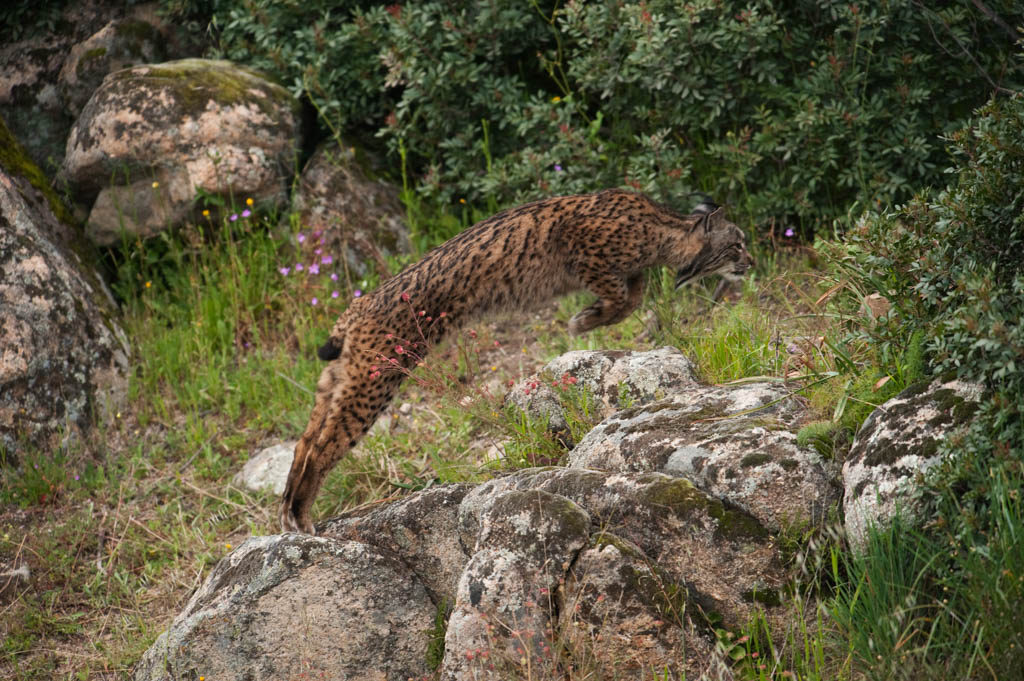 Thanks to a captive breeding programme, the Iberian lynx has become one of European conservation’s greatest success stories, with numbers in the wild up from just 94 in 2002 to nearly 600 today. This increasing population, which extends across 1500 square kilometres, is recolonising new territory, with recent sightings in Toledo, Badajoz and Ciudad Real. Further Iberian lynx conservation action is still needed, involving ongoing efforts to recover prey populations (especially European rabbit), enhance habitat quality and connectivity (traffic accidents remain a big problem), and release lynx in new areas to connect populations. 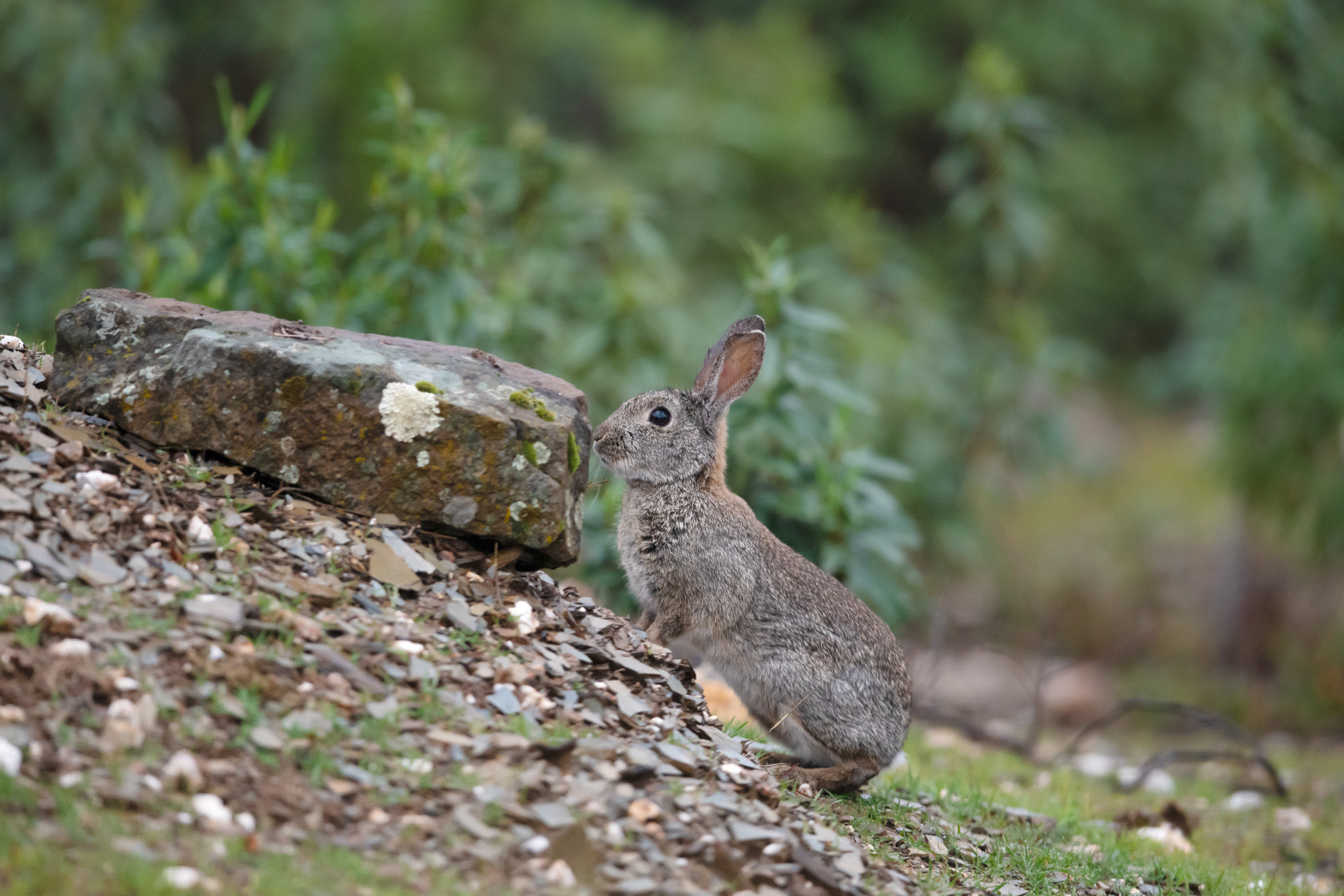 A specialist in both prey and habitat, the survival of the Iberian lynx is intimately tied to the survival of its main prey species: the European rabbit. Historically, wild rabbits were highly abundant on the Iberian peninsula. But two contagious viral diseases (particularly myxomatosis) have decimated the population. Whenever the rabbit population grows significantly, another virus strain strikes back and reduces the number of prey animals for the cats. Rabbit restocking programmes are now underway in many areas. 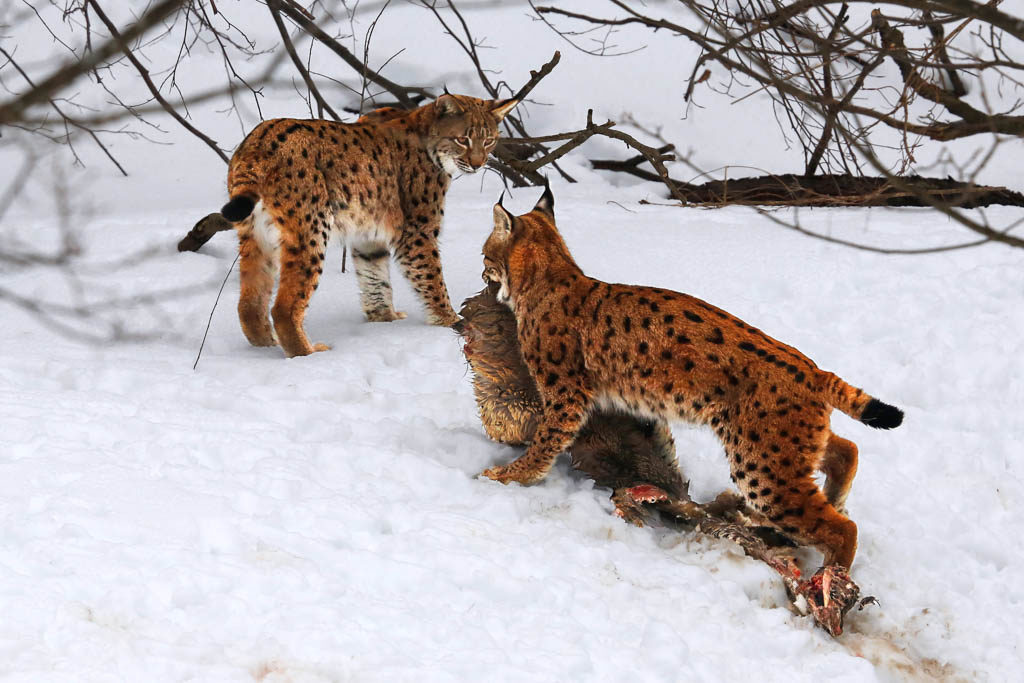 As top predators, both the Eurasian and Iberian lynx are keystone species, helping to maintain balanced, healhy populations of other animals. Like wolves, European bison and beavers, keystone species are widlife species that have a large impact on their community by controlling the dominance of other species, or by changing habitat structure. Both the Eurasian and Iberian lynx are of cultural importance too, and they are increasingly important for wildlife tourism.

Lynx in our rewilding areas

The Eurasian lynx is found as a breeding species in five of Rewilding Europe’s operational areas: the Central Apennines (Italy), Velebit Mountains (Croatia), Southern Carpathians (Romania) and (Bulgaria), as well as Swedish Lapland (Sweden) and the  Oder Delta.

Although no Iberian lynx have settled in the Greater Côa Valley in northern Portugal, an animal released in 2014 in southern Spain has visited the area (see Europe’s New Wild, episode 2). The local rewilding team are working hard to create favourable conditions for the animals to recolonise the area. By enhancing natural grazing, the introduction of free-roaming wild herbivores such as wild horses and Tauros is creating mosaic landsapes favoured by prey species such as European rabbit and red-legged partridge. 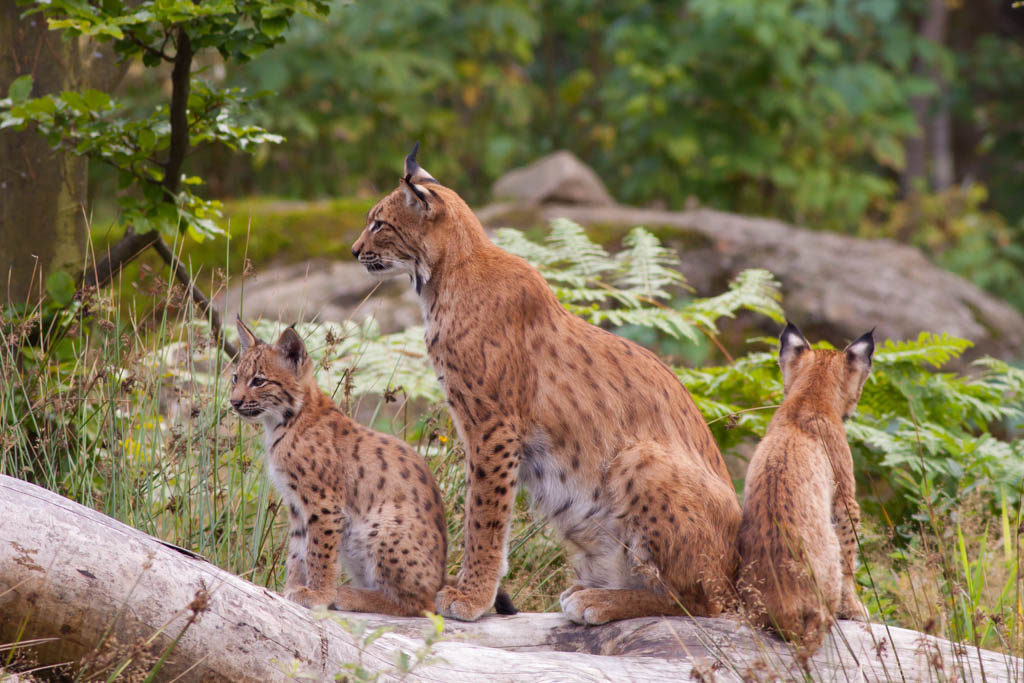 In 2019, the European Rewilding Network welcomed the LIFE Lynx initiative, which is working to to enhance genetic diversity in the Eurasian lynx populations of Slovenia and Croatia by reintroducing 14 Eurasian lynx from Slovakia and Romania. It will also reintroduce further animals to improve connectivity between regional sub-populations. Five countries are involved (Italy, Croatia, Slovenia, Romania and Slovakia), as well as a diverse range of stakeholders, including local communities and hunters. 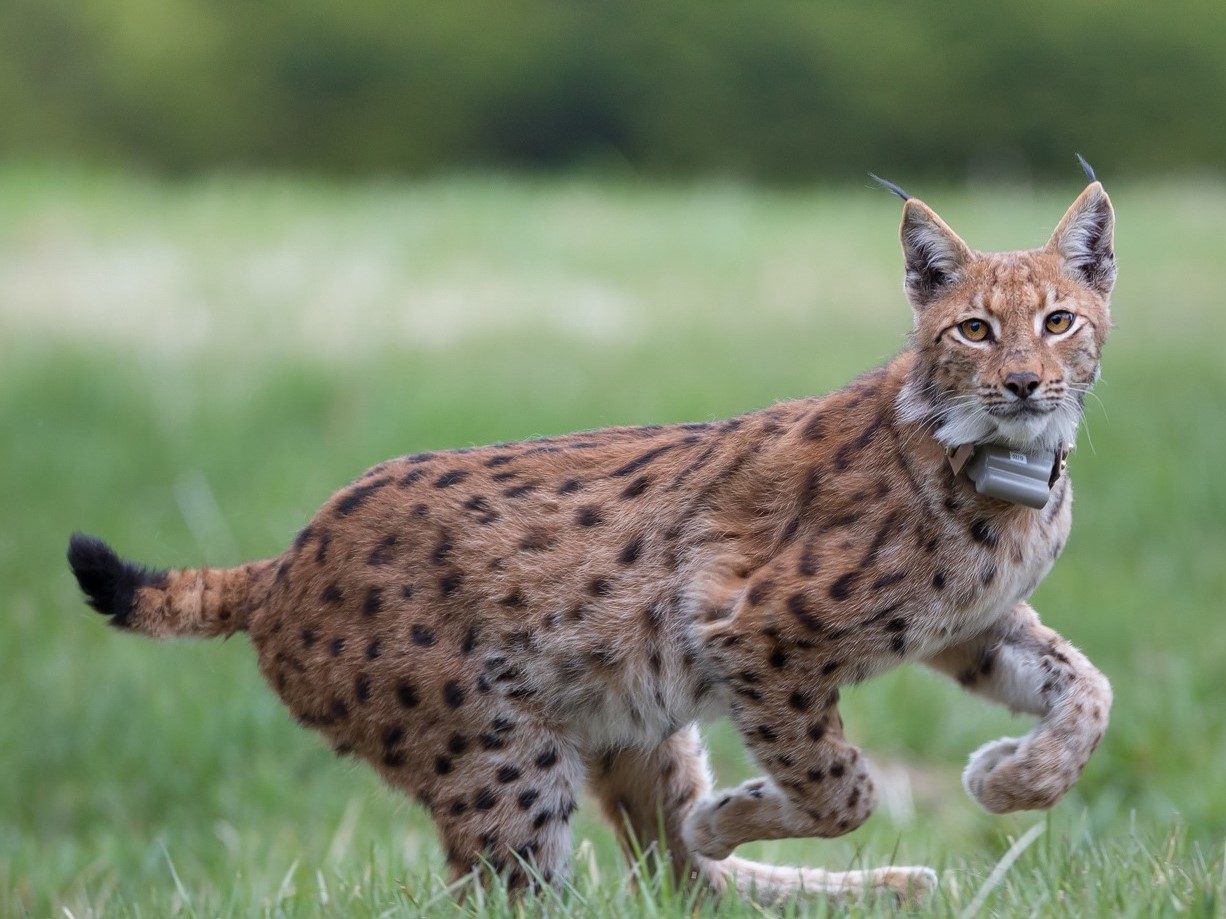 In May 2019, the first of the 14 lynx – two males from Romania – were translocated. “Doru” was released into the wild in Croatia’s Risnjak National Park, while “Goru” was released in the Slovenian municipality of Loški Potok. GPS collars will enable project researchers to track their movement and integration into the local lynx population. 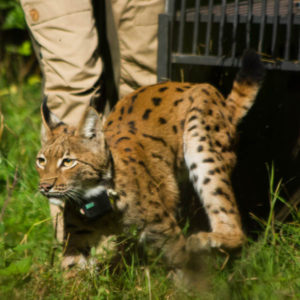 Episode “Return of the Titans” of Europe’s New Wild features the return of Eurasian lynx to the Palatinate Forest in southwest Germany through the LIFE Luchs Pfälzerwald (LIFE Lynx Palatinate Forest) initiative. Starting in 2015, this will eventually see 20 Eurasian lynx released in the forest (10 from Switzerland and 10 from Slovakia). This episode shows the release of two male lynx Alfi and Wrano in the forest. 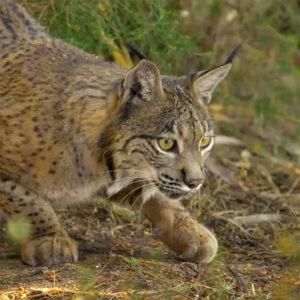 Episode “The Missing Lynx” of Europe’s new Wild features the El Acebuche Breeding Centre in southern Spain’s Doñana Nature Park. Over the years, more than 500 hundred Iberian lynx have been born across five captive breeding locations in Spain and Portugal: El Acebuche, La Olivilla, Silves, Zarza de Granadilla and Zoobotánico de Jerez. This episode shows the release in 2018 of a male Iberian lynx called Opilano, who was was born at El Acebuche.