Interest in the wild

Generating pride, public support, new partnerships and a more positive attitude amongst stakeholders
for a Europe with much more wild nature, wildlife and a thriving nature-based economy.

Interest in the wild

Generating pride, public support, new partnerships and a more positive attitude amongst stakeholders
for a Europe with much more wild nature, wildlife and a thriving nature-based economy. 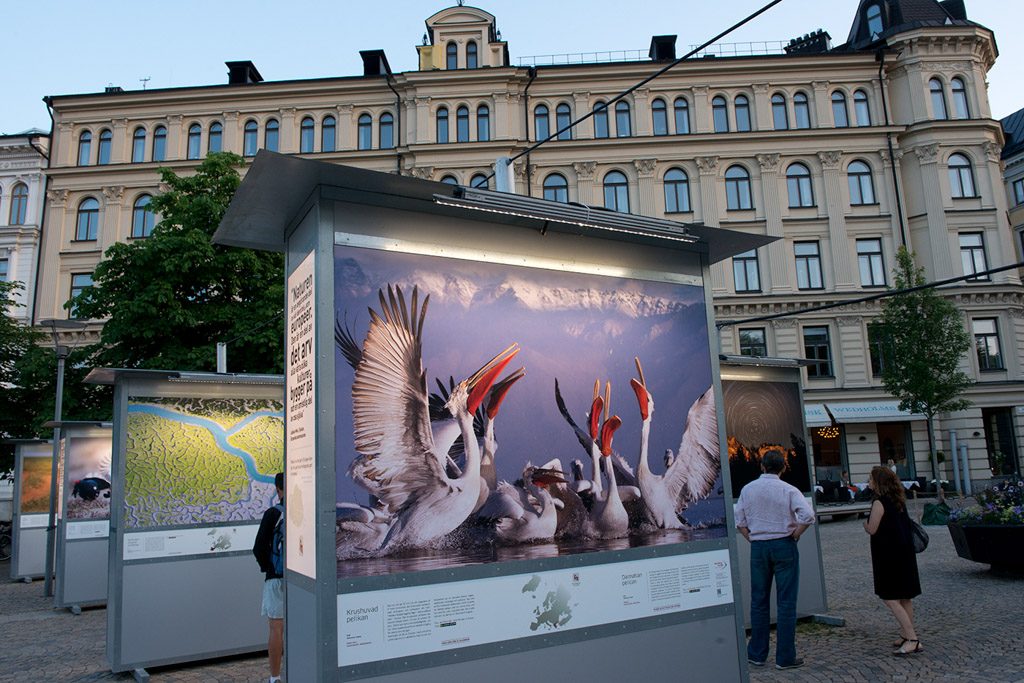 Effective communication is essential when it comes to changing people’s ways of thinking, building public support, creating positive attitudes and engaging with stakeholders as we work towards a wilder Europe. To this end, Rewilding Europe has always placed great emphasis on reaching out, creating dialogues and involving people from all strands of society. We have now reached out to almost a billion people since we began operating in 2011.

Today our initiative continues to generate a lot of attention, with “rewilding” as an innovative conservation approach resonating with and inspiring people of all ages and backgrounds. Thereby we are moving our focus in our communication and promotional efforts from mass-media outreach more to engagement and support. 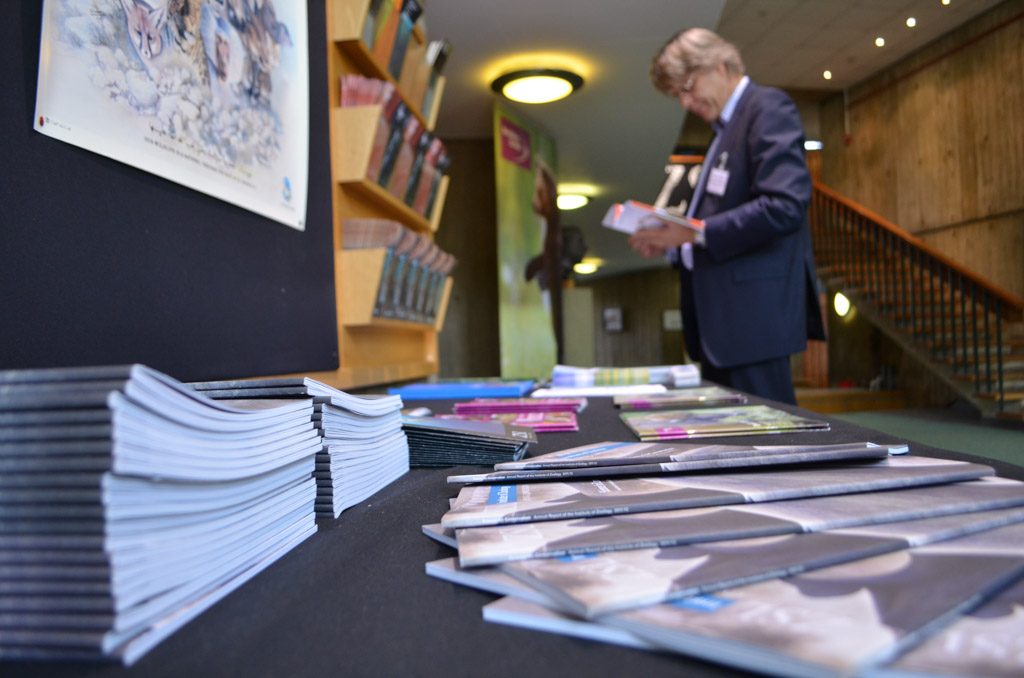 Over the years we have published a wide array of reports, practical guides and species-specific content. Our own work is summarized in yearly annual reviews that highlight last years’ achievements but also give an insight into general rewilding-related topics, as well as on the ground work we are doing in each of our rewilding landscapes across Europe.

All Rewilding Europe publications are available online at the link below, including in downloadable PDF format. 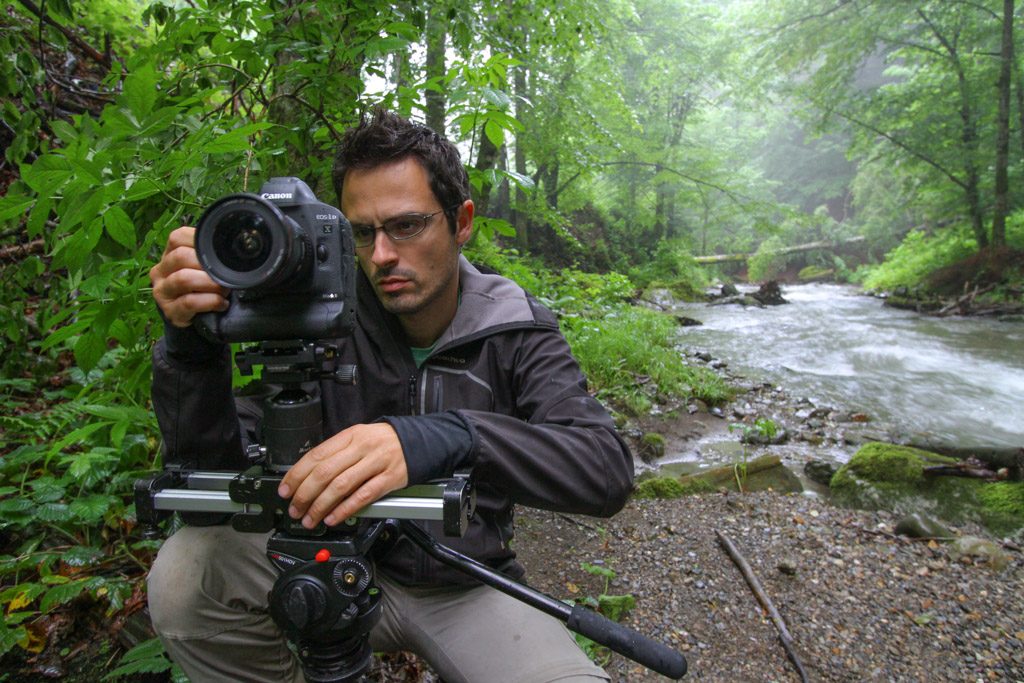 On the big screen

We want to use film as an additional way to showcase our work to the widest possible audiences. Our new project overview video, produced by White Fox Pictures, highlighted the great potential of filming. A number of broadcasters approached Rewilding Europe to engage in TV productions and documentaries. We have acted on a number of these requests, resulting in several reportages and news items, including a collaboration with the National Geographic Magazine and National Geographic Channel in the Netherlands.

A major step forward has been a new collaboration in September 2017 with global producer and distributor Off The Fence and Bonne Pioche, to start working on a 6-part primetime TV series, called Europe’s New Wild. The production was completed by the end of 2019, and aired on Nat Geo Wild and other international broadcasters from September 2020 onwards. The TV series reached an estimated 160 countries.  A dedicated campaign has been set up to promote the series.

The European rewilding movement has come a long way since Rewilding Europe was founded in 2011.
With a new series of ‘Impact Stories’ we examine how the impact of rewilding has grown over the last decade, demonstrating the benefits of wilder nature and inspiring others to engage in rewilding too.

Africa has its so-called Big Five, but what about Europe? Yes, we can all make suggestions for a European Big Five, but that would be referring to Africa in a way which may not best serve the European context. Here at Rewilding Europe, employing our playful sense of humour, we propose something more ambitious: making multiple selections of species – from large to small, mammal to insect, bird to fungus – which we collectively propose as contenders for “Europe’s Five”. Here we present a selection of what we call the European “Fabulous Fives”. The link to Europe is made with the word “fabulous” (after all, who hasn’t heard of The Beatles, Europe’s one-time “Fabulous Four”?). These whimsical quintets pay testament to the inspirational beauty and diversity of Europe’s wild nature.

“Rewilding Europe is an organization that has tremendous vision and dynamism. We are proud and excited to work with them on the first TV series and film production ever to show the amazing story about the rewilding of Europe to a global audience.” Over the years, we have been able to capture the attention of a large number of people, in Europe and worldwide. This is done through a range of communications activities, from the local level to national, international and global level. This means we have now reached out to almost a billion people since we began operating in 2012.

We see a strongly growing interest of media in Rewilding Europe, both printed and online. In diverse range of major international media have been covering all kinds of stories over the past few years, resulting in articles, news items and features in National Geographic, New Scientist Magazine, BBC Wildlife Magazine, CNN International, The Washington Post, New York Times, GEO Magazine, and a whole range of national magazines and newspapers, various inflight magazines. Overall, the number of pieces featuring Rewilding Europe reached more than 1000 articles since 2012.

Telling our own stories

The Rewilding Europe website now publishes about 100 news and blog articles on an annual basis, originating from a wide range of authors. The total number of visits to the Rewilding Europe main and local websites now reaches about 500,000 unique visitors per year. Our website has been completely renewed and modernised in 2018. External newsletters reach out to 10,000 subscribers, while our “Rewilding Updates” internal newsletter continued to be distributed to 130 employees, advisors, partners, donors and other involved parties.

Rewilding Europe’s first promotional film, filmed in the wild parts of Greater Côa Valley in Portugal, the Velebit Mountains in Croatia, the Southern Carpathians in Romania and the vast area of Swedish Lapland, went viral, reaching more than 500.000 people. Other short films have been published, for instance on the bison release in the Southern Carpathians (2014 and 2018), rewilding horses in Rhodope Mountains (2017), and vultures in the Rhodope Mountains (2018).

Outdoor and indoor exhibitions can be a good tool to inform people. Rewilding Europe has participated in two large outdoor exhibitions in Madrid (2014), Berlin (2015) and Stockholm (2016), with Wild Wonders of Europe, each reaching out to over 500,000 people. In some of our project areas, in particular the Danube Delta, Velebit Mountains, Rhodope Mountains and Southern Carpathians, local exhibitions have been set up to inform the public about the rewilding initiatives in their countries, reaching out to tens of thousands of local people.

So far, we have produced 28 different publications, either online or printed. The most popular publications are a book about the Aurochs (Born to be Wild, 2013) and a study on Wildlife Comeback in Europe (2013). Other publications that have generated a lot of interest are Circle of Life (2017), Rewilding Horses in Europe (2015) and our annual reviews.

In 2019, we streamlined the branding of our local partners, introducing new logos that clearly illustrate the link with Rewilding Europe. We also designed a series of stylistic ‘trademarks’ that represent our rewilding areas. These will create new identities and generate pride. And together with our local partners, we encourage local stakeholders to use them as much as possible.