A herd of 20 Tauros has just been released in the Velebit Mountains rewilding area in Croatia. The animals will create a wilder grassland environment and continue the Tauros Programme’s genetic refinement process. 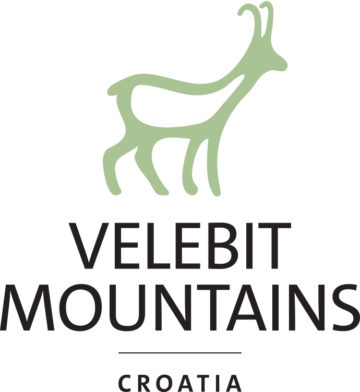 Towards a wilder Velebit

Natural grazing on the Lika Plains, a scenic area of grassland that forms part of the Velebit Mountains rewilding area in Croatia, has just been boosted by the arrival of 20 Tauros (two bulls and 18 cows). The bovines were transported from the Netherlands by Stichting Taurus (the Taurus Foundation) and will join around 120 Tauros that are already in the area as a result of previous releases. The newly arrived animals will acclimatise in an enclosure for around 21 days before they are released.

Tauros are bovines that have been specifically back-bred to fulfil the ecological role of aurochs, an ancient wild bovine species that is now extinct. With another 20 animals scheduled for translocation in October this year, this latest release is part of a vision for a wilder, more functionally complex Lika Plains environment governed by natural processes.

“Through their grazing and browsing the newly arrived Tauros will contribute to the creation of dynamic mosaic habitats that are more biodiverse and less prone to damaging wildfire,” explains Rewilding Velebit team leader Marija Krnjajić. “The animals will also help to restore food chains, as they are preyed on by wolves. And as the Lika Plains become wilder, so opportunities for nature-based tourism will continue to grow.”

The auroch, which became extinct in the 1600s, once roamed across large parts of Europe, as well as Asia and North Africa. The latest Tauros release is a continuation of the Tauros Programme, which began in 2009 and then progressed as a cooperation between Rewilding Europe and the Taurus Foundation starting in 2013.

The overall aim of the programme is to bring back a fully self-sufficient, wild-living bovine species that is as functionally similar and genetically as close as possible to the original auroch.

The newly released Tauros are predominantly young animals, which means they are well-equipped to adapt to new environments. As fifth generation animals, they are also closer to the auroch in terms of their genetics and appearance (for example, they have longer horns) than the Tauros already roaming the Lika Plains. Their addition to the existing herds will continue the genetic refinement process, as breeding continues and the population continues to grow. Some earlier generation Tauros bulls that have already fulfilled their role will be removed from the Lika Plains herds this year, and some cows next year.

Much of Europe has experienced rural depopulation for many years. As people have left the land, so grazing livestock numbers have plummeted, meaning many landscapes are increasingly covered by young, often monotonous forest or dense scrub that is low in biodiversity and susceptible to wildfire.

The Tauros bred through the Tauros Programme will be able to perform a free-roaming grazing role in many of these areas, with the ability to defend themselves from predation by carnivores such as wolves and bears as they reshape the landscape and enhance wild nature.

“We have already noticed that the Tauros on the Lika Plains may be adapting their behaviour to the presence of wolves,” says Ronald Goderie, Director of the Taurus Foundation. “In the Netherlands the cows will typically gather all their calves together into kindergartens. But in the Velebit the cows move away from each other and their calves remain hidden in the vegetation.”

In addition to the Tauros, Rewilding Velebit and partners have also released over 80 wild horses (Koniks and Bosnian Mountain Horses) onto the Lika Plains in recent years (with herds now totalling nearly 100 animals). The area is already showcasing the benefits of allowing natural processes to create wild, naturally grazed landscapes, with the first signs of dynamic mosaic habitats now visible. Rewilding Europe continues to work with local landowners and farmers to expand the amount of land dedicated to natural grazing from 800 to 1500 hectares, co-funded by Arcadia, a charitable fund founded by Peter Baldwin and Lisbet Rausing.