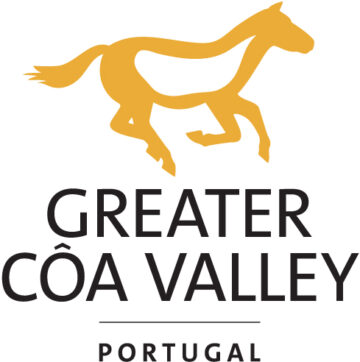 The support, trust and passion of local communities will always be vital to the success of rewilding outcomes, regardless of scale and location. Gaining that support means ensuring people can earn a fair living from the wild, as well as building lasting relationships through effective communication and events.

With this in mind, the opening of a new rewilding centre in northern Portugal’s Greater Côa Valley will help the local rewilding team take community engagement to the next level, giving both residents of the area and visitors an insight into local rewilding efforts and their increasingly positive impact. The centre is located in the village of Vale de Madeira, close to a property purchased by Rewilding Portugal earlier this year. Rewilding will kick off here soon with the release of a herd of Sorraia horses.

The building housing the new rewilding centre, which is located at 9, Rua do Forno, has been provided by Fernando Mayor Espinha, a native of Vale de Madeira. The centre, which extends across three floors, will act as a multi-functional space – in addition to areas for exhibitions, photo displays, meetings and information about local rewilding efforts, there are also rooms for sleeping and dining, an indoor garden of native Portuguese plants, and a courtyard with a barbecue.

“The opening of the centre is really exciting,” says Pedro Prata, Rewilding Portugal team leader. “As well as acting as a communal focal point for rewilding, it will attract and inspire nature lovers, tourists and other people interested in learning about rewilding and nature recovery in the Greater Côa Valley. Rewilding Portugal warmly invites everyone to come here and see how rewilding is making the Greater Côa Valley a wilder, more natural place.”

The opening of the rewilding centre was celebrated with a special inaugural event on October 30, which was attended by around a hundred people from the area. The event kicked off with a discussion about rewilding efforts in the Greater Côa Valley, which helped to build understanding and trust. A plaque was then unveiled to commemorate the official opening of the centre, with members of Fernando Mayor Espinha’s family present, as well as representatives of the Rewilding Portugal team. Pereira da Graça, a judge from Pinhel (a city close to Vale de Madeira), also gave an inspiring speech about the importance of nature conservation.

People were then free to explore the centre and familiarise themselves with its various features and facilities. The walls were adorned with many striking photographs depicting the wildlife and landscapes of the area, as well as the work of the Rewilding Portugal team. A temporary photographic exhibition by Blue Nomads, a couple of Portuguese photographers who recently accompanied the Rewilding Portugal team, will also be on display until the end of the year.

As part of their rewilding efforts, the Rewilding Portugal team have been working hard to develop a network of nature-based enterprises in the Greater Côa Valley. The new rewilding centre will support these efforts by allowing local businesses to promote themselves and their products and services. Several members of the so-called Wild Côa Network attended the opening and presented their offerings – this included a display of natural products by Matreira and Flor Alta, two sustainable natural food and cosmetic companies.

The event ended with a lunch on the outdoor patio of the rewilding centre, where guests could taste various seasonal local products. There was also time for a viewing of “Rewilding, a new path for nature in Portugal“, a documentary about rewilding in the Greater Côa Valley produced by Portuguese filmmaker João Cosme, which has been nominated for awards at nine national and international film festivals.

Located between the Douro River and the Malcata mountains, the Greater Côa Valley boasts a unique natural, cultural and historical heritage. Complete with stunning wildlife, spectacular landscapes, ancient traditions and prehistoric rock art, the area is gradually establishing itself as a prime destination for nature lovers and outdoor enthusiasts. Supported by a grant from the Endangered Landscapes Programme, rewilding efforts are focused on reinforcing a 120,000-hectare wildlife corridor and improving the connectivity of endangered Iberian wolf packs south of the Douro. Such efforts are supporting wildlife comeback and enhancing the area’s natural appeal.