A generous donation from campaign organiser Organic Basics will fund a variety of important rewilding measures, while the campaign itself has helped to raise Rewilding Europe’s profile. 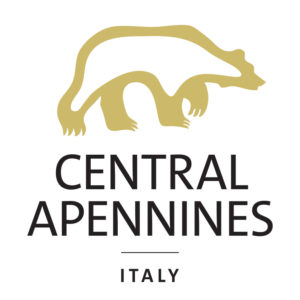 A 19,000-euro donation from Danish sustainable clothing brand Organic Basics is set to fund a number of important rewilding measures in the Central Apennines rewilding area. These are supporting the recovery of the area’s endangered Marsican brown bear population by promoting coexistence in a network of five wildlife corridors that the Rewilding Apennines team is currently developing.

The money for the donation was collected through a fundraising campaign, held by Organic Basics on Earth Day (April 22). The campaign also helped to raise the profile of Rewilding Europe and the work of the Rewilding Apennines team.

“We would like to thank Organic Basics and its customers for this very generous donation,” says Rewilding Apennines team leader Mario Cipollone. “I think it shows how awareness of Rewilding Europe’s work is really growing, and how more and more businesses are now choosing to recognise the value of nature recovery and support rewilding.”

The Organic Basics donation will be used to support a range of coexistence measures, such as the installation of electric fences and bear-proof doors. These help to protect orchards, beehives, chicken coops and other property from bear damage. Part of the donation will also be used to increase interest in the wild by improving communications, through the funding of workshops and photo and video missions.

Last but not least, some of the money will be put towards the newly launched Bear Fund, which works to support the rewilding area’s “Bear Smart Communities” (of which there are currently three). To be classified as “bear smart”, such communities – which are all located within wildlife corridors – have to follow best practice coexistence principles and employ a range of measures to minimise potential conflict with bears.

“Through the fund, we are looking to hold a seminar on rewilding economics, organising a stay for entrepreneurs and academics in one of our Bear Smart Communities,” explains Rewilding Apennines Enterprise Officer Valerio Reale. “We’d also like to start a gastronomy-focused social club focused on the diet of Marsican bears, where participating chefs will use ingredients such as nuts, berries and honey in their menus.

“In addition to raising awareness and engaging stakeholders, these activities will generate money that can be fed back into the fund.”

Organic Basics holds fundraising campaigns for grassroots activists and organisations focusing on the environment roughly every three months. The Earth Day campaign saw the Copenhagen-based company donate 100% of the day’s profits to Rewilding Apennines (the entire value of customer orders, minus production and shipping costs).

“Until now we have largely supported Scandinavian organisations,” explains Christoffer Immanuel, one of the founders of Organic Basics. “One of the reasons we chose Rewilding Europe is because of its European-wide focus, as well as its emphasis on practical action to restore wild nature, which we also care deeply about.”