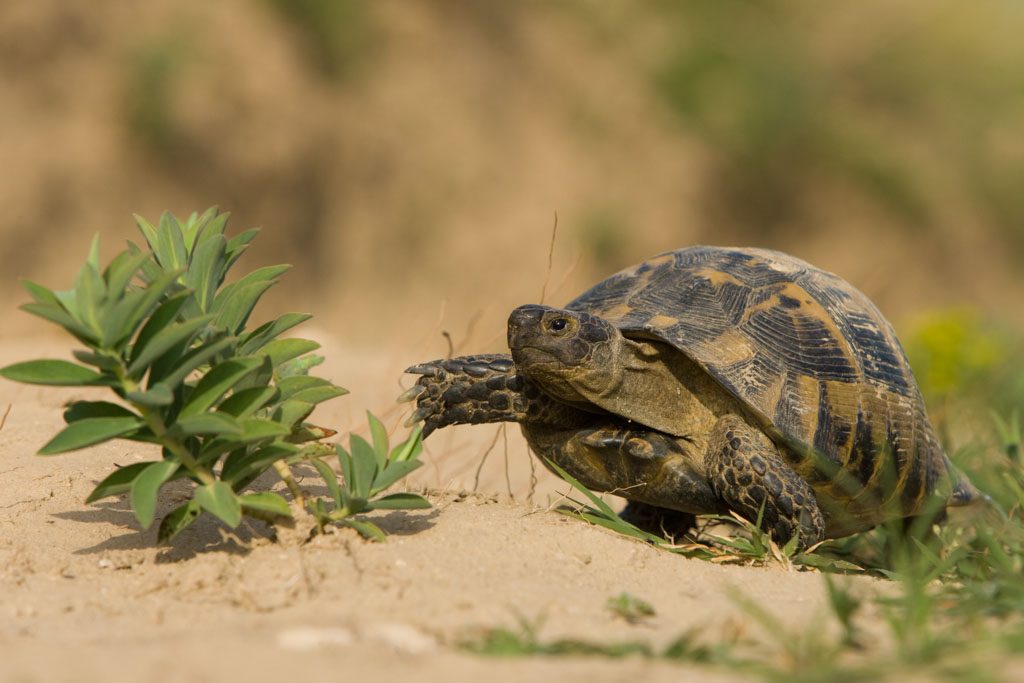 Rewilding Europe works in a wide range of landscapes and habitats across Europe. In addition to rewilding icons such as European bison, large carnivores and vultures, we encounter an amazing diversity of life in our rewilding areas. Not only mammals and birds, but reptiles, amphibians, insects, fish and myriad plants and small invertebrates.

We know that the Rhodope Mountains alone are home to more than 45 species of reptiles and amphibians. The Velebit Mountains boast at least 1800 (more than 80 endemic) plant species. Every area has its flagship species – from pelicans in the Danube Delta and the Eastern imperial eagle in the Rhodope Mountains, through to Marsican brown bear in the Central Apennines and the white-tailed eagle in the Oder Delta. 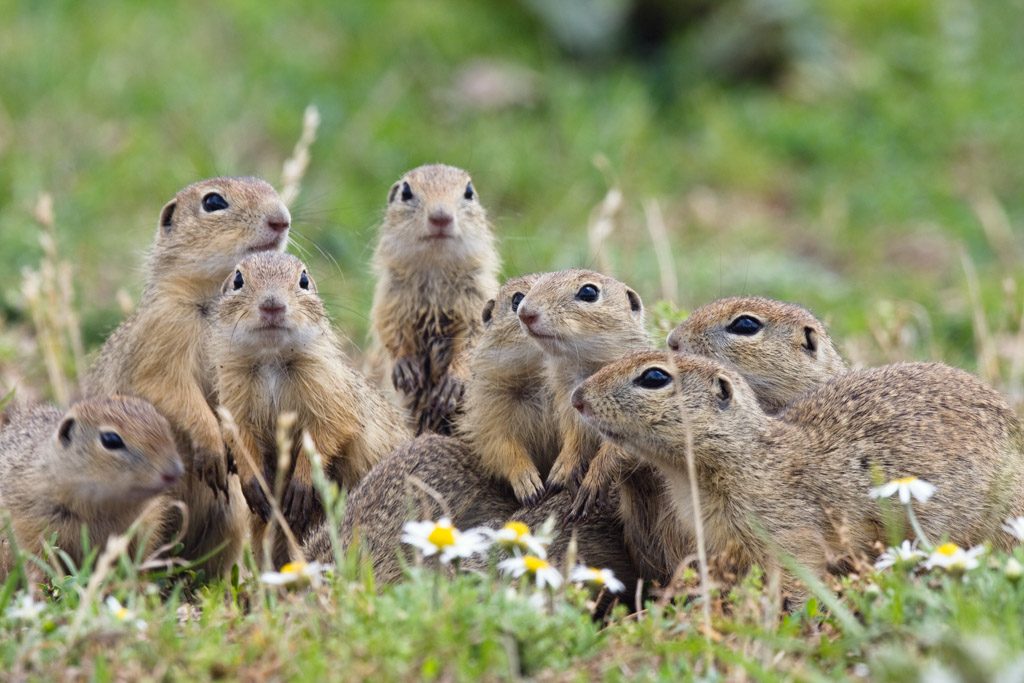 In each rewilding area, we focus our actions on wildlife species that play a key role in the landscape. These so-called keystone species have a profound impact on their habitat and other species. If possible, we support their recovery in a number of ways: through the rewilding process of their habitats, by reducing human-wildlife conflict and promoting co-existence, augmenting existing populations or reintroducing species if they are currently extinct in certain areas. The recovery of species guilds will help to restore trophic networks (e.g. herbivores – carnivores – scavengers).

Some of these species have a cascading effect. The presence of large carnivores, for example, changes the grazing behaviour of their prey (such as deer), which in turn influences vegetation dynamics and provides a richer variety of habitats which accommodate other, smaller species. And some of the species we focus on are also chosen because we believe their presence could stimulate the rewilding process significantly – examples would be large herbivores such as Spanish ibex and European bison.

Please find below a list of the focal species in each of our rewilding areas. 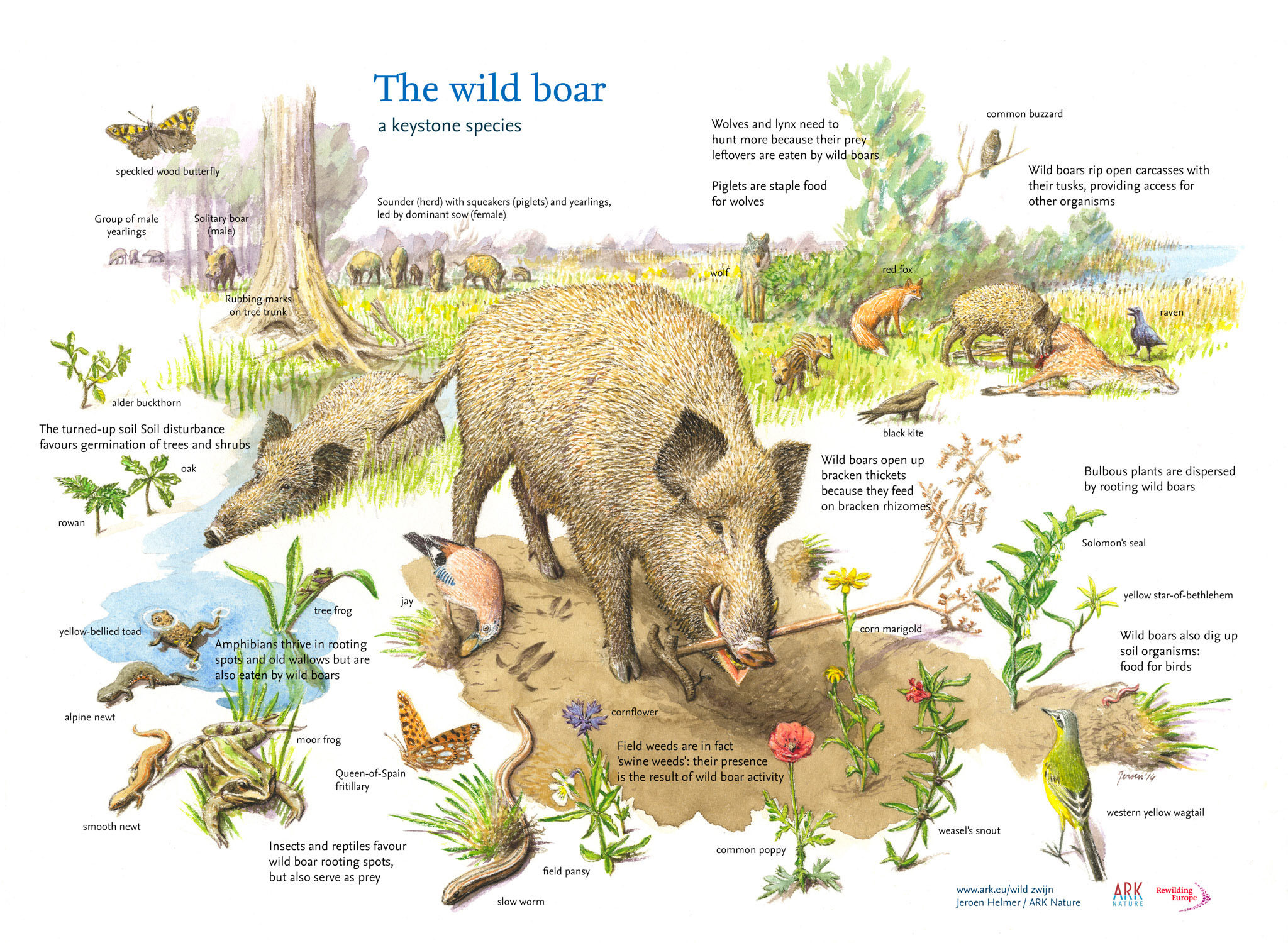 All creatures great and small

It is not only highly iconic species that are critical to the rewilding process. Species with a lower profile also play an important role in rewilding ecosystems, from large numbers of grazing breams in the Danube Delta through to the wild boar in many areas. In particular, increasing rapidly across Europe and severely hunted in many places, the importance of the latter cannot be overestimated. A real “eco-engineer”, it acts as a “natural plough”, opening up soils in forests and grasslands and thereby supporting many plant and insects. In many areas, it is also an important prey species for the grey wolf. 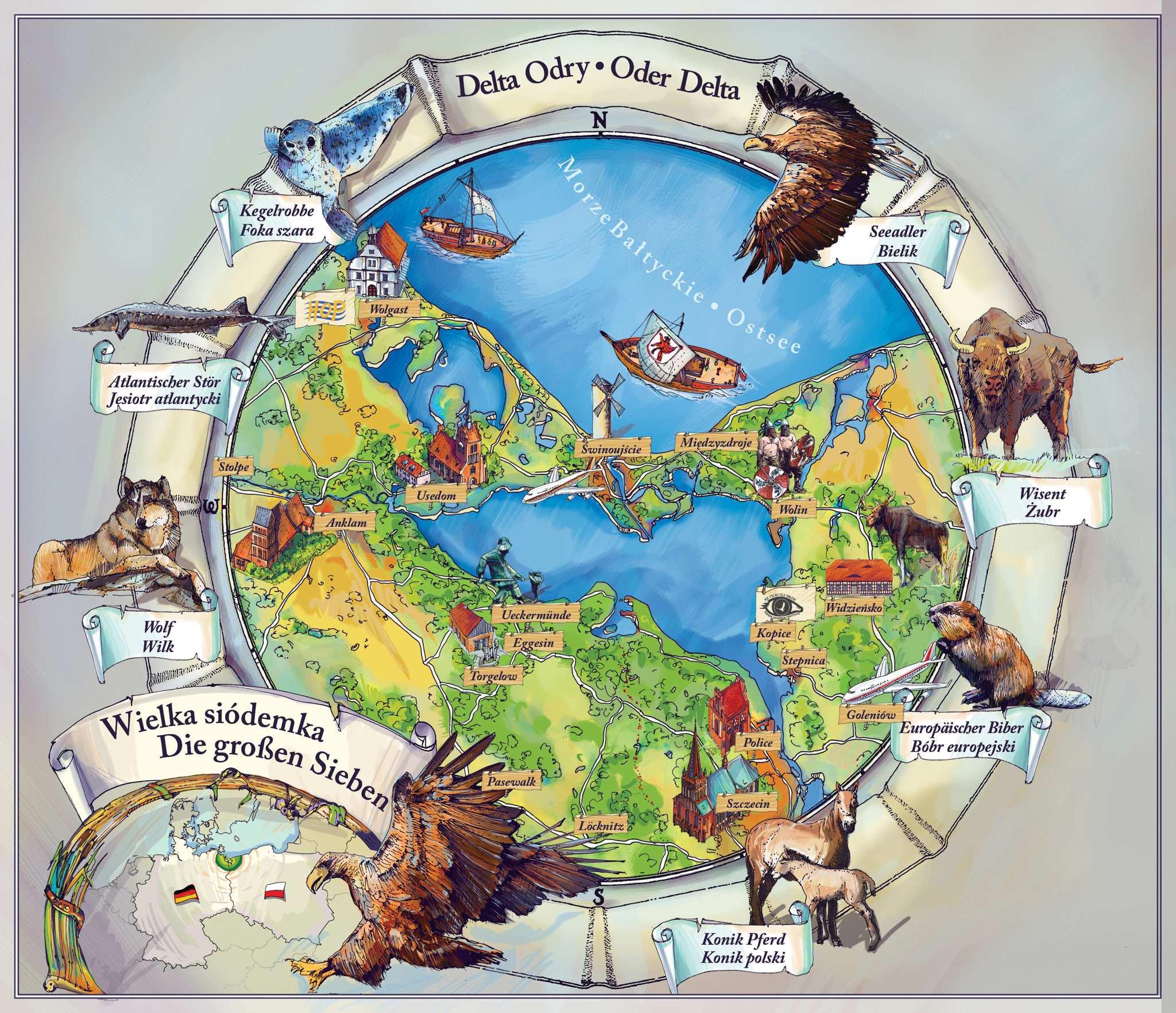 Big Seven of the Oder Delta

In most of our areas flagship species are used to brand the region as a nature tourism destination. In the Oder Delta, for example, the so-called “Big Seven” are used to attract nature tourists to this transboundary rewilding area on the Polish/German border. Here they can enjoy beaver and white-tailed eagle safaris, offered by local tourism companies. Elk and grey wolf are also recolonising the area, while grey seal numbers are increasing in the Stettin Lagoon and adjacent Baltic Sea. A large European bison population on the Polish side (Pomerania) is slowly approaching the delta, and we hope that in the near future it can colonise the area on its own, or with some help if necessary.

We strongly encourage nature lovers to take advantage of the rich diversity of life that calls our rewilding areas home. Visit the European Safari Company website to learn more about how you can experience such majestic nature and support local economies at the same time. We are working on reintroduction plans for a range of species, such as the European bison, Kulan, great eagle owl, demoiselle crane and others. We are helping to restore migration of Baltic salmon and brown trout in the rivers of  northern Sweden and Atlantic sturgeon and common trout in the Oder Delta. 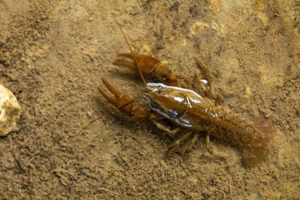 We are supporting the recovery of white-clawed crayfish in a number of rivers in the Central Apennines in Italy.

By the end of 2019, we started a new initiative on the Dalmatian pelican, supported by LIFE Nature and Arcadia Fund. 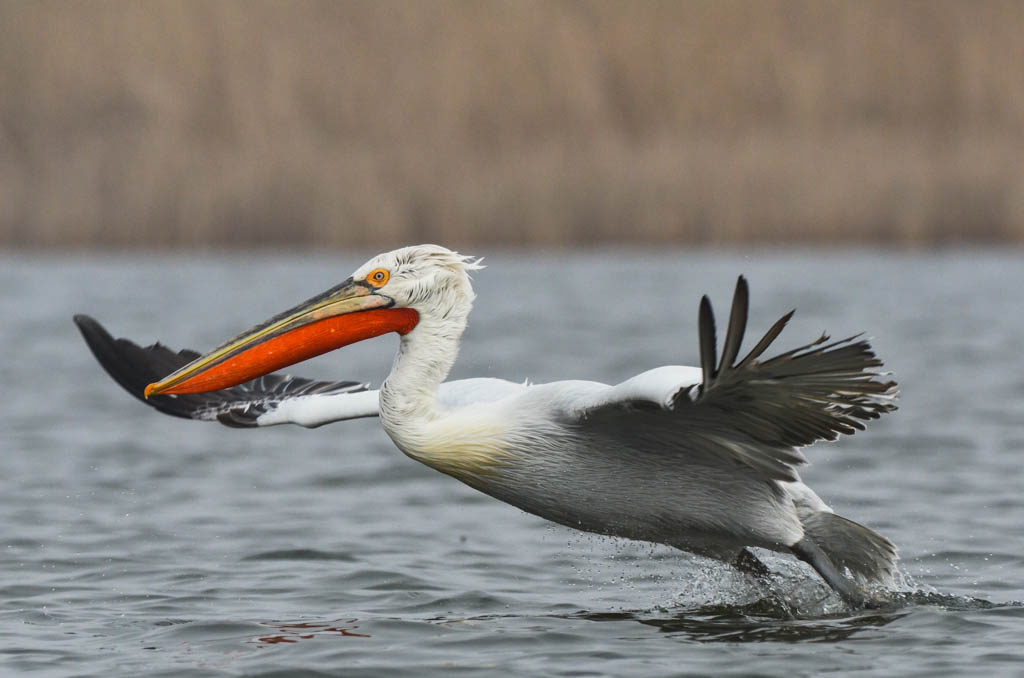 With a wingspan of almost three metres and weighing in at over 10 kg, the Dalmatian pelican is one of the most impressive breeding birds in Europe. The sight of a group of these massive fish eaters taking to the air is an awe-inspiring avian spectacle.

Despite its iconic status, the Dalmatian pelican is extremely vulnerable across its entire geographic range, and is classified as “Near Threatened” on the IUCN Red List. In order to breed it needs access to still, fish-filled waters undisturbed by human activity, with extensive flooded and shallow water areas. The main causes of population decline are loss of such habitat, as well as destruction of breeding colonies by fishermen, illegal hunting and collisions with electric power lines. Reducing these threats and improving breeding habitat is the aim of the new, five-year “Pelican Way of LIFE” project. 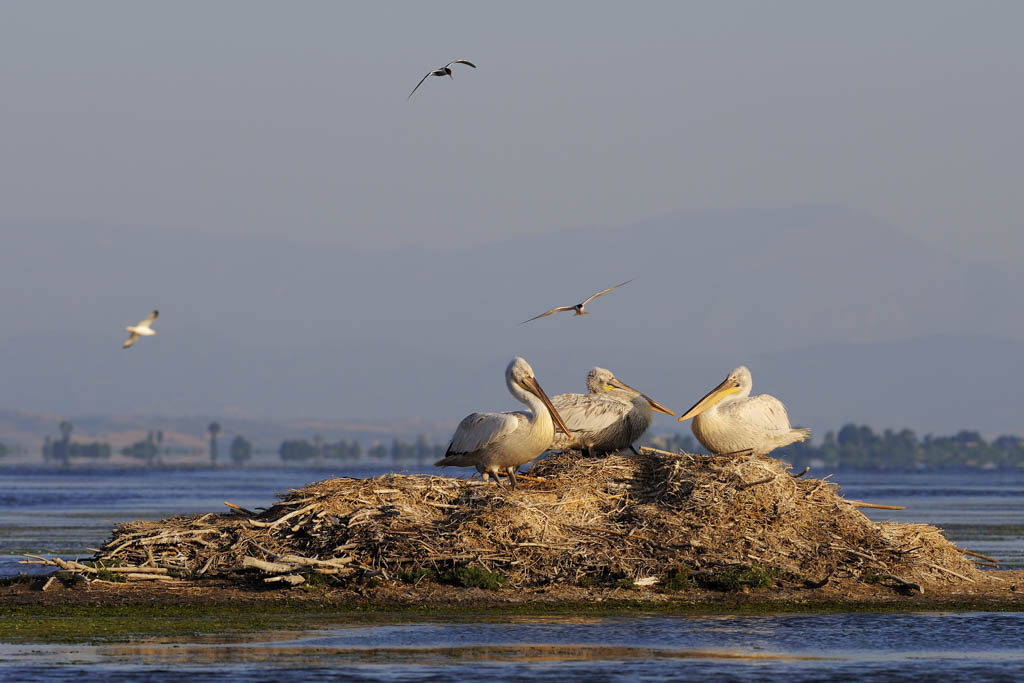 Efforts will focus on conservation of the species along the Black-Sea Mediterranean Flyway, which is home to around 50% of the global population. This flyway is one of three Palaearctic-African flyways connecting Europe with Africa. This is done through, among others: reducing direct mortality from collisions with power lines, enhancing nesting conditions through habitat improvement action and patrols, increasing stakeholder awareness of and engagement in Dalmatian pelican conservation and monitoring the overall impact of the project. The tagging of 25 Dalmatian pelicans with satellite transmitters will provide invaluable information that can guide future conservation measures. 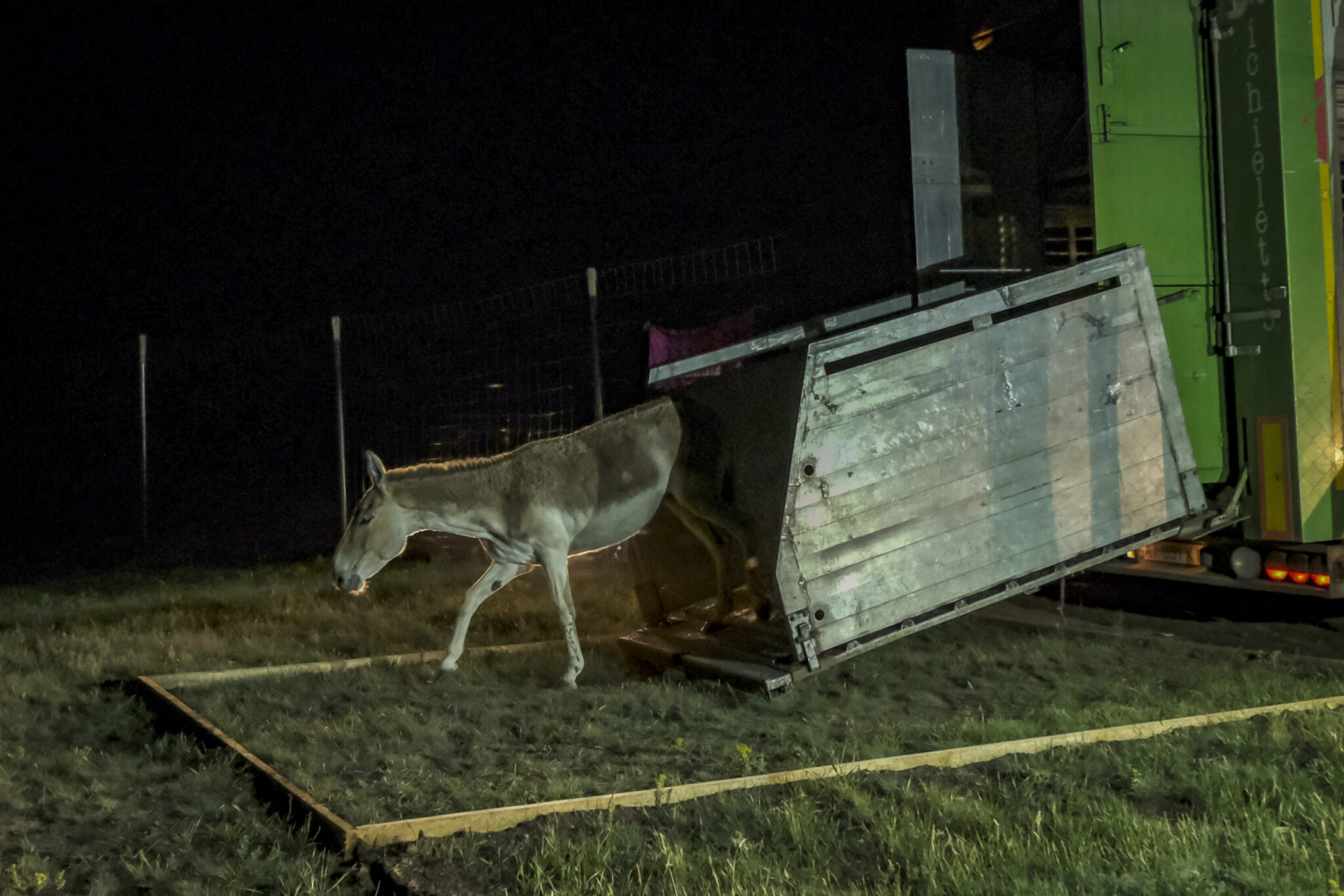 Rewilding Europe and Rewilding Ukraine are thrilled that in May 2020 a herd of 20 kulan or Asiatic wild ass (a wild relative of the domesticated donkey) were released into a large fenced enclosure on the Tarutino steppe, a 8000-hectare swathe of grassland on the northern edge of the Danube Delta in Ukraine. The animals (8 males and 12 females) will eventually be allowed to roam free on the steppe later in 2020 or early 2021, returning to an environment where they have been absent for hundreds of years. 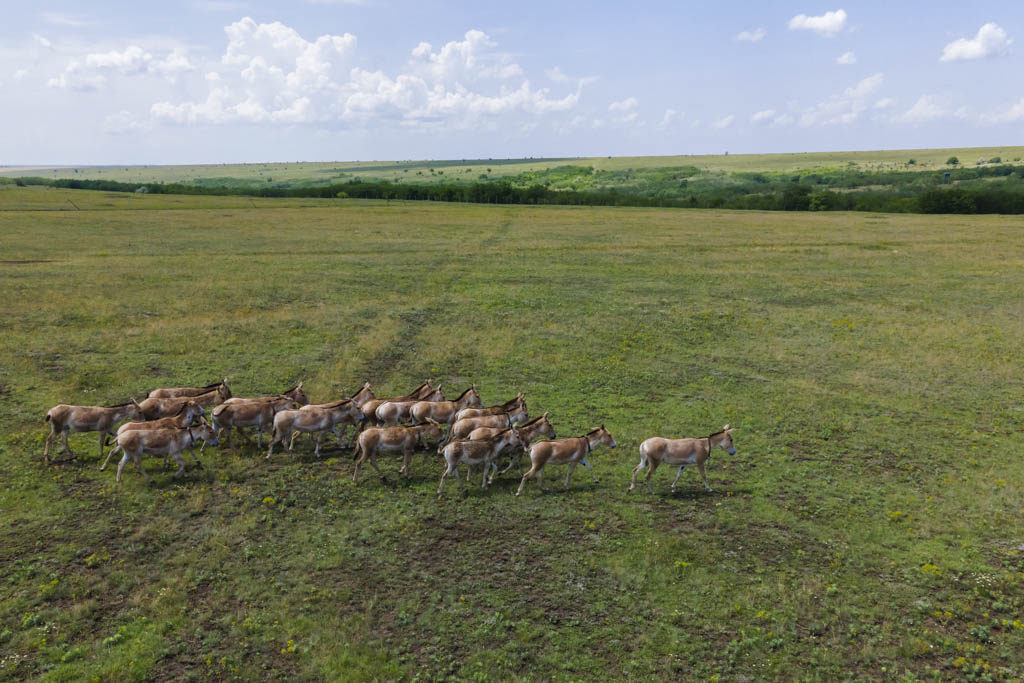 A subspecies of Asiatic wild ass, the kulan (Equus hemionus kulan) once ranged across eastern Europe, the Middle East and Central Asia – from the Mediterranean to the east of Mongolia. Over the last two centuries, the impact of overhunting and habitat loss has seen their range shrink by over 95 per cent. Although the animal is doing relatively well in Mongolia, it only persists in small isolated populations in Turkmenistan, Kazakhstan and Uzbekistan. Kulan are on the IUCN Red List. 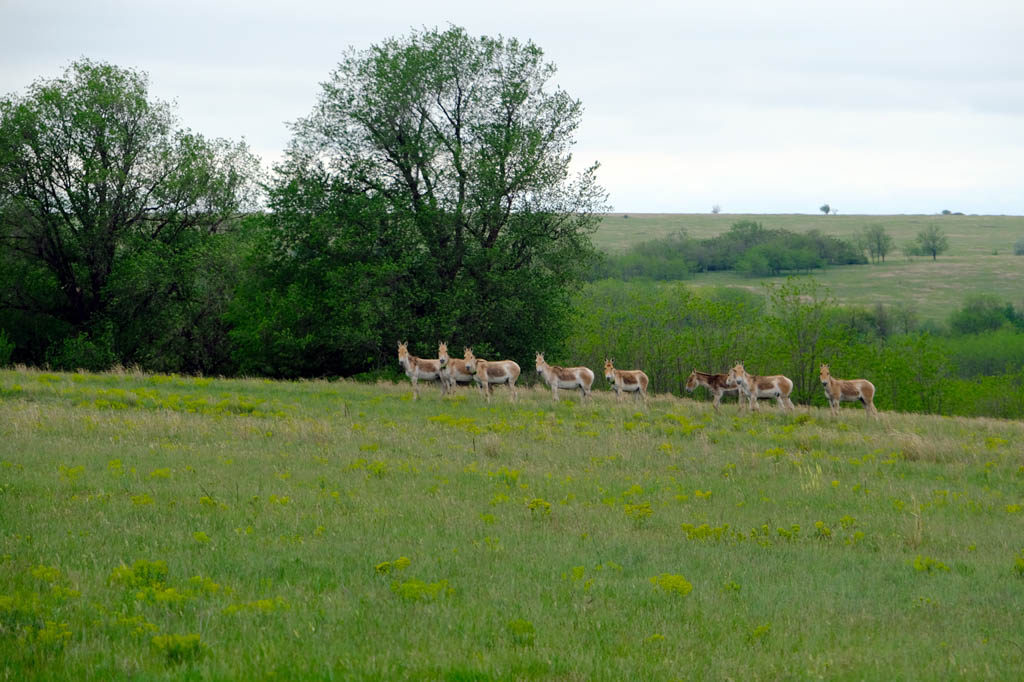 Following a feasibility study conducted earlier in 2020, the kulan release is the first step of a long-term reintroduction programme, which aims to establish a viable, free-roaming herd of 250 to 300 individuals by 2035 in the Danube Delta region. As part of a wilder vision for the steppe, the animals will fill an important ecological niche, enhancing local wild nature, reducing wildfire risk and boosting the local economy through nature-based tourism.

The benefits of the beaver