Our recent GrazeLIFE symposium was attended by 335 participants from 38 countries. The event was the culmination of a three-year study which set out to identify best practices of grazing that benefit both nature and people, with outcomes inextricably linked to climate and biodiversity. The final report was handed over to the European Commission’s Director for Natural Capital at the Directorate-General for Environment, Humberto Delgado Rosa. 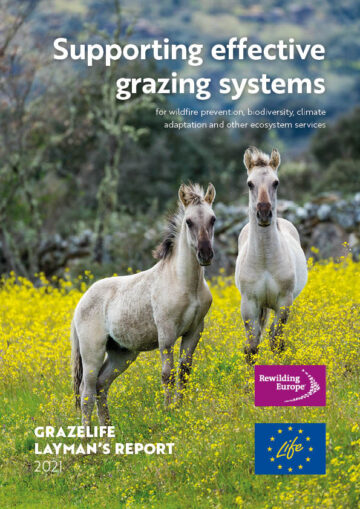 The online symposium presented the outcomes of the Europe-wide GrazeLIFE programme and detailed the ecosystem services that well-practised natural grazing can provide. The talks included a look at the report’s recommendations for improving natural grazing policy and legislation.

It also provided a practical perspective from two case studies in the Rhodope Mountains of Bulgaria, and Galicia in Spain. The 150-minute presentation concluded with a framework for natural grazing best practices going forward, and a call for governments across Europe to do more to support and facilitate natural grazing.

A video summarised the main findings and recommendations of the GrazeLIFE consortium’s report, based on three years of case studies, literature reviews and interviews with stakeholders. From this came guidance for policymakers and practitioners, in the form of 45 recommendations.

As GrazeLIFE’s coordinator, Wouter Helmer explains, the barriers to progress are often bureaucratic. “Some of the most important ones relate to Europe’s Common Agricultural Policy (CAP), which is the single most important factor influencing grazing and herbivore management in Europe. Unfortunately, at this moment, the CAP mainly favours intensive land use, leading to biodiversity loss, social and health costs and a serious environmental impact.”

The natural disturbances created by large grazers in low, natural numbers play a pivotal role in restoring mosaics of vegetation that stimulate more biodiversity and can fulfil many sustainable development goals that are good news for wildlife and good news for people. Goals that include increased carbon capture, improved soil health and the prevention of wildfires through the opening up of vegetation. But in order for these benefits to be realised, more alignment in support of natural grazing as a natural ecological process is needed at a European and national level.

Member States need to adopt broader definitions of grasslands that include wood pastures and other grazed habitats, making them eligible for CAP subsidies. And currently, land users lose the right to subsidies when land floods, while some countries prohibit grazing in forests. This outdated thinking needs to change for natural grazing to reach its full potential in a far more flexible system. And some EU regulations that promote biodiversity already exist, but are rarely utilised by Member States, such as allowing the carcasses of large herbivores to be left on the land following a veterinary check – benefitting a multitude of species.

We’re calling on all EU Member States to do more to support natural grazing, and you can do your bit too; by sharing the video and symposium above and our GrazeLIFE publications below, and spreading the word about the benefits of large herbivore grazing.

Rewilding Europe is providing a large part of the cofunding for GrazeLIFE. This is supported by the Arcadia Fund, the UK based charitable trust of Lisbet Rausing and Peter Baldwin that supports charities and scholarly institutions that preserve cultural heritage and the environment. 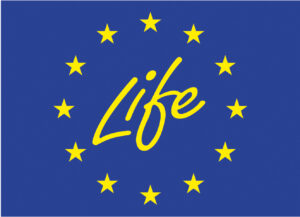