Thanks to ongoing rewilding efforts, the diverse wildlife of the Velebit Mountains in Croatia is making a gradual resurgence. With the European Safari Company now offering a fantastic range of local experiences, there’s never been a better time to witness the recovery first-hand. 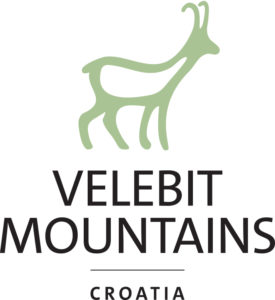 If there was a symbol for Croatian nature, it would surely be the Velebit mountain range. Stretching from the edge of the Adriatic Sea to peaks of 1750 metres, this 145-kilometre long massif is one of the most biodiverse areas in the Balkans.

Studded with beech and pine forests, underground canyons, caves and waterfalls, the region’s eclectic mix of unique habitats are home to some of Europe’s most rare and elusive wildlife, such as Balkan chamois, brown bear, wolf and lynx. There are over 100 bird species too, including golden eagles, peregrine falcon and white-backed woodpecker.

Rewilding Europe’s work in the Velebit Mountains is focused on transforming the management of four hunting concessions totalling 22,500 hectares, situated in the heart of the 2000 square-kilometre Velebit Nature Park, Croatia’s largest protected area. These are flanked by two national parks – the Northern Velebit and Pakenica National Parks (themselves part of the nature park). With wildlife populations in this vast rewilding area now rebounding, there’s never been a better time to visit.

“As a corridor between the two parks, the rewilding area is a natural paradise,” says local wildlife photographer and nature guide Nino Salkić. “Apart from the beautiful landscapes, visitors could encounter anything from lynx and wild boar to brown bear and red deer. Wildlife being wildlife there are no guarantees, but I’ve never known anybody to come away disappointed.”

By offering a fresh approach to wildlife management – one based on wildlife viewing rather than hunting – rewilding in the Velebit Mountains is underpinning the gradual development of a local nature-based economy. The European Safari Company (ESC), which specialises in unique rewilding-related travel experiences across Europe, has teamed up with a number of local entrepreneurs to offer potential clients a range of new offerings.

“I visited the Velebit rewilding area last year and I can safely say this is a place where Mother Nature rules,” says the ESC’s operations manager Aukje van Gerven. “I invite all those with a passion for the great outdoors to visit this very special area, and to make a contribution to the local economy in the process.”

The ESC has Velebit offerings to suit every budget and wish list. The four-day “deep natural” package is a four-night bespoke guided experience through the Velebit mountains, both on horseback and on foot, with upmarket accommodation at the ranch-style Linden Tree Retreat and Ranch (the only genuine working guest ranch in Croatia).

The three-day hiking, glamping and wildlife package sees guests guided through the Velebit Mountains on foot by a wildlife photographer, with nights spent in remote mountain huts and glamping pods, surrounded by wild nature.

“Both experiences have something for everyone,” says van Gerven. “As unique explorations of the rewilding area and its wildlife, they offer an insight into how rewilding is transforming the area and make the perfect introduction to Croatian culture.”

One of the highlights of a trip to the Velebit Mountains rewilding area is the opportunity to visit a local bear hide. Two hides opened in 2016, but both were damaged by an avalanche in 2019. One is now fully operational again (and features in both the above packages), while the other will hopefully reopen later this year (it may be relocated).

Both hides are spacious and insulated inside, with armchairs, bunk beds and bio-chemical toilets. They can host four people on a half-day tour, or two people overnight (because of the number of beds).

According to Nino Salkić, the hides are the best way of encountering Velebit wildlife up close, and make the perfect choice for nature lovers, scientists and wildlife photographers.

“Sometimes people visit for a few hours, sometimes they stay overnight, explains the guide. “Although they’re called bear hides, in reality there’s a chance of seeing anything from badgers and bears to wild boar and red deer. For me, being in the hides waiting for wildlife is like meditating – it’s a patience game!”

Salkić says that many local people have asked questions about the hides and the growing number of tourists visiting them.

“It’s early days, but they are a positive role model,” says the young guide. “The rise of wildlife watching and other nature-based experiences show people that there can be a positive economic future based on rewilding and wild nature. And every paying visitor who comes here through the ESC helps to build momentum.”