The UN Decade on Ecological Restoration aims to catalyse nature recovery efforts around the world. Two of Rewilding Europe’s rewilding landscapes are playing a supporting role through their involvement in restoration “flagship” initiatives.

Part of Rewilding Europe’s mission is to lead by example, inspiring others to engage in practical rewilding through our own efforts on the ground. Two of our rewilding landscapes – the Affric Highlands in Scotland and the Danube Delta in Ukraine, Romania, and Moldova – have recently been recognised as leading restoration role models through their involvement with UN “flagship” initiatives. This will raise their profile across the globe and hopefully drive the rewilding movement onwards as we look to 2030 and beyond. 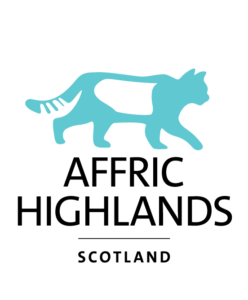 In June, the Affric Highlands was nominated as a UN World Restoration Flagship by the Scottish and UK governments. With the United Nations Environment Programme (UNEP) expecting over 400 such flagship nominations, the plan is to announce the first ten in a campaign later this year. These will be held up as leading and tangible examples of restoration and rewilding, embodying the 10 Restoration Principles of the UN Decade on Restoration. Those countries and initiatives that are awarded flagship status will benefit from enhanced access to funding, as well as promotion through UN-backed multimedia documentary production and national media campaigns.

Ongoing rewilding efforts in the Affric Highlands are focused on the creation of a vast nature recovery area, stretching over half a million acres (just over 200,000 hectares) from Loch Ness to Scotland’s west coast, with the support of the Esmée Fairbairn Foundation, the Scottish Government Nature Restoration Fund and the multinational delivery services company FedEx.

“The huge environmental challenges of the coming decade need to be met with huge ambition,” says Steve Micklewright, Trees for Life Chief Executive. “Affric Highlands is about scaling up ecological restoration, working collaboratively, and seeing nature as a key ally in tackling climate breakdown. We want to show how nature, local communities, and livelihoods can help each other thrive.

“We’re delighted that both the Scottish and UK Governments have given Affric Highlands their endorsement for flagship status. It’s increasingly clear that rewilding offers hope for nature, climate and people.”

The Danube Delta rewilding landscape, meanwhile, was recently selected to take part in UNEP’s European Restoration Flagship Project, alongside four other European restoration initiatives. A workshop held at the end of May has led to the creation of a report on the diverse benefits of ecosystem restoration, set to be published later this year. The overall message is that the restoration of ecosystems has huge potential in terms of reversing biodiversity loss, mitigating climate change, and improving people’s health and wellbeing.

Extending 700,000 hectares across Ukraine, Romania and Moldova, the Danube Delta is Europe’s largest remaining natural wetland. It provides critical habitat for a wide range of birds, and is home to species such as Dalmatian and great white pelicans, beavers, Eurasian otters, European mink, Beluga sturgeon, and white-tailed eagles. Supported by funding from the Endangered Landscapes Programme, the Rewilding Ukraine team and partners are currently working to restore 40,000 hectares of wetland and terrestrial steppe habitat, with a focus on key natural processes such as flooding and natural grazing.

“Rewilding efforts in the Danube Delta are already bearing fruit and beginning to show the wide range of benefits delivered by landscape-scale nature restoration,” says Mykhailo Nesterenko, Rewilding Ukraine Executive Director. “Over the next decade we have an urgent need and unique opportunity to massively scale up rewilding. It is an honour for our rewilding landscape to be recognised as a European Restoration Flagship, and I hope our work will inspire many others to follow their own rewilding journey very soon.”

Rewilding efforts in the Danube Delta are continuing despite the ongoing war in Ukraine. A recently published blog outlines the challenges faced by the Rewilding Ukraine team and the progress being made in the face of adversity.

Practice makes perfect: new webinar to showcase the practical side of European rewilding