The rewilding movement is stronger than ever: join us!

The European rewilding movement has evolved hugely since Rewilding Europe was founded in 2011. The third in our 10-part series of impact stories explores its growth, why rewilding is becoming more and more popular, and how it offers compelling reasons to get involved.

What a difference a decade makes. Roll the clock back 10 years and rewilding was still a relatively unknown quantity – a pioneering concept that was just gaining traction outside of places such as the Netherlands. Today, Rewilding Europe works at the forefront of a blossoming pan-European rewilding movement, with a growing number of rewilding initiatives mushrooming across the continent. Characterised by its inspirational message and backed up by real-life demonstrations of how nature recovery can benefit Europeans and European nature, rewilding is capturing hearts and minds on an ever-increasing scale.

The third in Rewilding Europe’s series of impact stories – which are designed to celebrate our ten-year anniversary – looks at how the rewilding movement has grown over the last decade, why rewilding has become so popular, and the influential role that Rewilding Europe has played in the evolution.

Over the last 10 years, Rewilding Europe has supported and accelerated the growth of the movement in many ways. Our rewilding areas have served as practical demonstrations of rewilding and showcased the wide-ranging benefits that nature recovery can generate. Through our communications we have reached out to and engaged millions around the world, helping to establish a vibrant and burgeoning online community, underpinning rewilding’s inspirational narrative, and motivating an ever-increasing number of corporations, small businesses, citizens and other stakeholders to support nature recovery.

An increasing number of rewilders have joined networks such as the European Rewilding Network and European Young Rewilders Community. The growing level of support and sense of community has led to huge interest in events such as 2020’s Rewilding Symposium, and seen a growing range of NGOs, charitable organisations and corporations choose to support and invest in nature recovery. 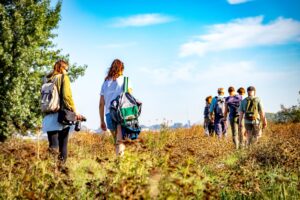 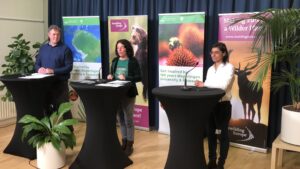 Co-chairs Liesbeth, Raquel and Frank during the Rewilding Symposium 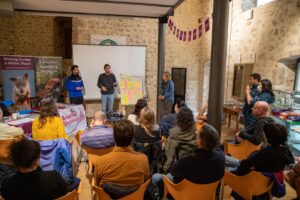 Group discussion during the ERN gathering in the Central Apennines 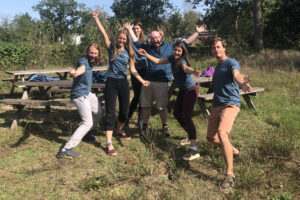 The core team of the European Young Rewilders 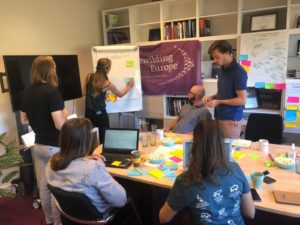 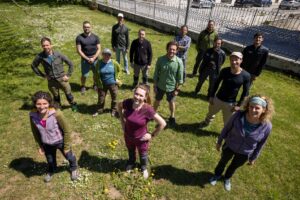 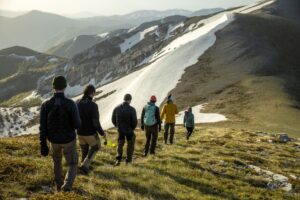 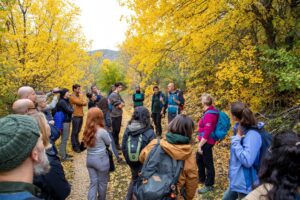 ERN gathering in the Central Apennines

The rewilding movement needs you!

At Rewilding Europe we want to see the rewilding process taking place on an increasing scale across Europe. As we move forward with our own initiatives to make Europe a wilder place, accelerating the growth of the rewilding movement and encouraging others to adopt the rewilding approach will continue to be critical.

As 2021 comes to a close, there has never been a better time to get involved in rewilding. The rewilding movement is about co-creating a wilder, better future. Whether you’re a citizen, entrepreneur, land manager, policymaker or scientist, there’s room for you to get involved. Only by scaling up rewilding can we help nature help us to fix our biggest problems, and your support, energy and creativity is more important than ever. Join the rewilding movement and let’s create a wilder Europe together.

Next generation: young rewilders look ahead to a better future