The majestic backdrop of the Scottish Highlands is the setting of Rewilding Europe’s latest addition to our growing portfolio of rewilding areas. 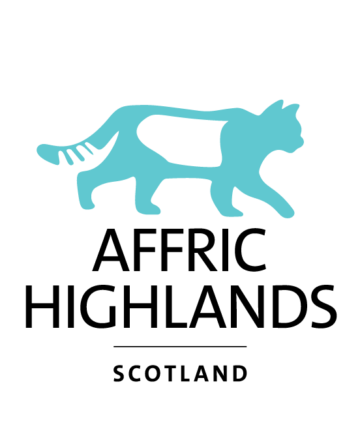 Following three years of consultation with the pioneering rewilding charity, Trees for Life and other Scottish partners, today Rewilding Europe is delighted to announce the beginning of an ambitious landscape-scale rewilding initiative that stretches from Loch Ness on the east coast of the central Highlands across to Kintail in the west – taking in Glens Cannich, Affric, Moriston and Shiel.

Between them, a network of land is poised to be restored, boosting habitat connectivity, species diversity and social and economic opportunities in the region. Affric Highlands was officially welcomed by Rewilding Europe yesterday during a ceremony attended by partners and stakeholders at the Glenurquhart Public Hall in Drumnadrochit. 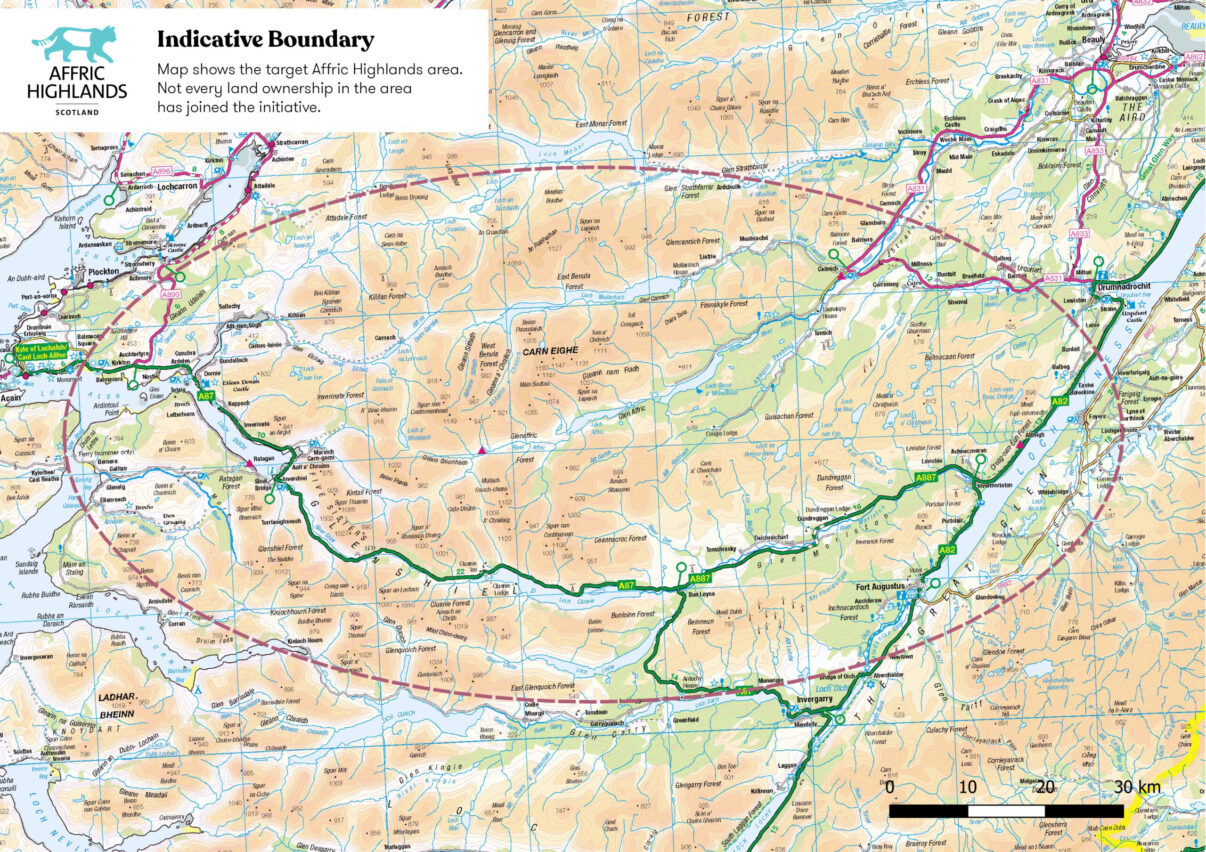 The rewilding movement in Scotland is growing like never before. It has captured the public imagination and inspired those with land to make better use of it for nature and people. Affric Highlands’ ambition takes this newfound enthusiasm to the next level as the Scottish Rewilding Alliance (SRA) advocates for the country to become the world’s first ‘rewilding nation’, and commit to bold action on rewilding to address the climate emergency and biodiversity crisis. Building an alliance and partnerships with like-minded landowners is at the heart of Affric Highlands’ vision – one which spans thirty years.

“Trees for Life is delighted that the Affric Highlands initiative is going to be one of Rewilding Europe’s nature restoration areas”, says Steve Micklewright, Chief Executive Officer, Trees for Life. “It demonstrates the potential of the area for nature to come back and for people to thrive alongside it. It also highlights the potential of the Scottish Highlands to make a positive contribution in dealing with the dual global climate and biodiversity emergencies.”

In the Affric Highlands rewilding area, Trees for Life and other Scottish partners will work the recovery of the natural landscape. Hillsides stripped of vegetation are slowly morphing back into woodland once again. Peatlands are being rewetted and restored into the vibrant, carbon and water-storing ecosystems they once were. Efforts are underway to re-establish montane scrub. And natural grazing will play its part as a catalyst for biodiversity. Deer will play their part too with more carrion sustaining more life up and down the food chain.

Habitats will be reconnected to facilitate wildlife movement, with fences removed and a contiguous wild and dynamic area established in collaboration with landowners. This will also support the comeback of an iconic species: work is in progress to reintroduce the legendary, yet critically endangered, Scottish wildcat to the area – a flagship species that depends greatly on habitat connectivity and therefore also chosen as the trademark for the area.

Educational initiatives are planned to break down the barriers in people’s minds too – and promote coexistence. Buffer zones around beavers will be formed to prevent conflict. And the local economy stands to benefit from a sharper focus on integrating the annual cycles of nature into the annual tourism business model, alongside new ventures such as the monetization of carbon capture and other ecosystem services.

The need to engage and involve stakeholders from the beginning is crucial to the success of any rewilding initiative, and Rewilding Europe has been helping to lay the foundations for this over the past three years, drawing upon a vast reserve of experience gained from rewilding sites across Europe.

Connecting minds, as well as habitat, is a key objective of Affric Highlands, as is developing a deeper connection between the local communities and the wildlife on their doorstep. It is a progressive plan that harnesses an interdependence of nature, people and businesses to create a more resilient area for the future.

Forest rewilding has been at the root of Trees for Life’s work for almost 30 years, with over two million native trees now planted to help restore the unique Caledonian Forest to its former glory along Glen Affric and from their tree nursery at Dundreggan. Here, the former hunting estate has become a flagship example of rewilding in action, and next year, will become home to the world’s first ‘Rewilding Centre’, to mainstream rewilding further through education and engagement.

Their work remains a beacon of hope to reverse the declines in habitat and wildlife that have seen vast swathes of Scotland become overgrazed, treeless, denuded, drained and over-managed to the point that very little remains unmodified by human presence.

“Our decision to accept Affric Highland as our ninth rewilding area reflects the hard work and achievements of Trees for Life, its volunteers and its partners to re-energize the land,” says Frans Schepers, Managing Director of Rewilding Europe. “Affric Highlands is a bold, exciting and inspiring venture for nature’s recovery as Scotland moves up the biodiversity league table.

It holds huge potential for further regeneration as Scotland moves back up the biodiversity league table from a very low position. Rewilding Europe’s assistance will nurture a bottom-up, grassroots approach that grows organically – and is ultimately community-driven.

The last three years have been vital in determining the feasibility, with subsequent meetings held with 46 stakeholders and a scoping study completed. With ambitions expanding in the region for a more joined-up approach to rewilding at a landscape scale, inclusion into Rewilding Europe’s portfolio of rewilding areas is a logical, natural next step for magnifying rewilding efforts.

“Scotland wants to play its part in the work to restore Europe’s lost nature. I am personally delighted that this is being recognised by Rewilding Europe and I look forward to learning from the other eight rewilding areas as we begin to work with nature, landowners and the community on this journey to rewild a significant part of the Scottish Highlands.” Steve Micklewright, Chief Executive Officer, Trees for Life.

With twenty landowners and six additional stakeholders now on board to sow the seeds for implementation, the initiative’s momentum is increasing. Rewilding actions to ultimately connect up these areas of land are due to begin across the landscape in 2023, to restore natural processes on a vast scale. Between now and then, work is underway to further involve communities and individual residents in the region and get them on board for the rewilding journey.

Involving young people in discussions about rewilding to generate new ideas for the area is a key objective. As is the delivery of pilot programmes from landowner partners such as Bunloit Estate – a European Rewilding Network (ERN) member – exploring the multiple benefits of rewilding. The new Rewilding Centre will bring the initiative’s vision to a wider audience, stimulating debate. Media and arts activities celebrating Gaelic culture and its strong connection to nature are being undertaken. And further nature tourism opportunities will be identified and best practice knowledge shared through the ERN.

Rewilding Europe’s rewilding principles and best practices together with its wealth of practical experience across the continent will help to shape and guide Affric Highlands on its rewilding journey. It takes the organization one step closer in its mission to develop ten awe-inspiring rewilding sites across Europe.

May 11, 2021
Manage Cookie Consent
We use cookies to optimise our website and our service.
Manage options Manage services Manage vendors Read more about these purposes
View preferences
{title} {title} {title}
Support the vultures