Marking another step forward in Swedish rewilding, we are delighted to announce the recent appointment of Henrik Persson as the team leader of Rewilding Sweden.

With Wild Wonders of Europe as one of our founding partners, Rewilding Europe has always enjoyed a strong Swedish connection. Registered in Sweden, this collective of 70 top photographers continues to provide us with breathtaking images of European nature and wildlife.

Marking another step forward in Swedish rewilding, we are delighted to announce the recent appointment of Henrik Persson as the team leader of Rewilding Sweden, who has a strong academic and commercial background in river restoration (see boxout bio below). We had a quick chat with Henrik to find out more about his work, his aspirations, and his reasons for wanting to become part of the burgeoning Rewilding Europe initiative.

You’ve said that to join the Rewilding Europe team is a “dream come true”. Why is this? 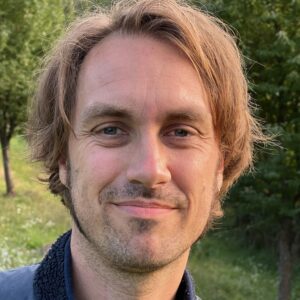 I have followed Rewilding Europe and the efforts of some of the rewilding landscape teams in social media for quite some time, and have always greatly admired their work. In general, reversing degradation really appeals to me. As a limnologist (a scientist who studies freshwater systems), being given the opportunity to fully focus my efforts on repairing damaged ecosystems and assisting in the recovery of nature at landscape scale is truly a dream.

What are your thoughts on rewilding?

I find rewilding really attractive because it focuses on highlighting the positives, seeing the possibilities, promoting collaboration. A lot of the time in conservation the narrative is about things that are wrong and all the obstacles that need to be overcome. This kind of messaging can be important at times, but I really think the way forward – in today’s politically divided world where we need to act urgently to restore nature – is to present positive examples of conservation action which can inspire others to believe and act.

I also like the way rewilding focuses on restoring the natural processes that uphold natural ecosystems, rather than simply the absence of specific structures or species. Rewilding to me is about identifying the missing functional links – about filling the gaps – whether this relates to biotic (living) or abiotic (non living) components. It is what those components do, the role they play, not the mere existence of them, that is important.

In many rewilding initiatives large animals may be that missing link because of their important ecological role, but to me it is a misunderstanding to believe that all rewilders do is release large photogenic animals into the wild. And although a central idea in rewilding is to leave nature to heal itself, no animal can plug a ditch or return boulders to a channelised river. This means initial human intervention is often essential to enable wildlife comeback in degraded landscapes. Whereas traditional restoration often strives to return ecosystems to a fixed reference state from the past, rewilding is a form of holistic landscape restoration with an “open-endedness” that I find very appealing.

Last but not least, I also like the way rewilding prioritises the involvement of people and works to create and support nature-based livelihoods. Rewilding doesn’t force itself onto anyone. We always engage with landowners and communities, giving them information and listening to their views, before embarking on any rewilding intervention.

What would you say are the major challenges and opportunities in terms of rewilding in Sweden?

I would say the biggest challenge is to change the perception of rewilding. In Sweden many people believe rewilding is about pushing out humans in favour of nature, but this couldn’t be more wrong. We want to involve humans as part of nature, to encourage people to move from cities to rural areas and enable them to live with nature and off nature in a sustainable way. I want people to understand that we are not here to make their lives more difficult, but to help make their life quality better. We have so much to gain from living in wild nature!

In Sweden, despite what many people think, nature is generally very “unwild”. Around 85% of the so-called “forests” in Sweden are managed tree plantations of low biodiversity value, while animal populations – particularly those of prominent ecosystem engineers – are tightly regulated. One of the most commonly seen natural degradations relates to water retention in the landscape. Decades of heavy ditching for drainage has created extensive areas of dry land, which has a far lower capacity to store carbon, purify air and water, support biodiversity, and mitigate the flooding of populated areas.

A primary focus for the Rewilding Sweden team will therefore be to restore landscape drainage regimes. We also want to return rivers to their natural and often more complex courses, with wetter river corridors, and let vegetation naturally regenerate, with more deciduous forests and trees of different ages. This will not only greatly increase the ability of the landscape to rewild itself, but has the potential to create a lot of nature-based job opportunities in the years ahead.

What will the Rewilding Sweden team be working on specifically?

Going forwards the team will work on everything from rewetting peatlands, restoring rivers and the forests in between, to maximising nature-based benefits for local communities and helping to facilitate Sámi reindeer migration through nature recovery. Our coherent masterplan includes having a clear focus on reconnecting landscapes and rivers which today may already function well from an ecological perspective on their own, but which are isolated by degraded areas of low biodiversity and insufficient migration corridors. Reducing landscape fragmentation is the key to success with rewilding here. By joining up these areas and softening the sharp transition zones between ecosystems of different types, we can maximise the benefits the entire landscape provides to nature and local communities.

You have a lot of experience in river restoration. How do you see yourself adding value to Rewilding Europe’s mission?

My experience has taught me that when you are restoring rivers you have to consider the entire landscape, because the health of any surface water is governed by the area that drains into it. In fact, the rewilding of rivers often starts with actions on land. In addition to ditch plugging and forest restoration, reestablishing trophic relationships in surrounding landscapes is also incredibly important –  this may include boosting populations of animals such as large grazers and beavers.

What would you like to see achieved in your area of work over the next five years?

I want to focus Rewilding Sweden’s work on a few coherent areas within the catchments of the Torne, Råne and Vindel rivers (see map). These are all undammed rivers in northern Sweden’s Västerbotten and Norrbotten counties, with the latter a UNESCO biosphere reserve. Actions will be tailored to maximise synergy effects of other restoration works in these areas that have been carried out historically or is in the pipeline for the future. Five years from now I would like people in Sweden and beyond to see these areas as impressive examples of successful rewilding.

To achieve this goal, we are going to work with many partners, the Sámi community, private landowners, other restoration initiatives, local business with a respect for nature, and county administrative boards. We are not here to take credit, but to bring all the forces of good together, led by science, rewilding principles, and the conviction that nature functions best if not micromanaged by humans!

Where do you go to connect with wild nature? How important is this connection for you?

It might sound egoistic, but if I have the chance I try to visit stretches of river that I have previously been involved in restoring. It’s just such a fantastic feeling seeing these places evolve, year after year. When restoration ends in a river the healing process can start – and that can take 30 years or more. It gives me a huge sense of calm to sit there and listen to the sound of woodland birdsong or water flowing over a river bed, knowing how much effort it took to move every one of those stones or logs! 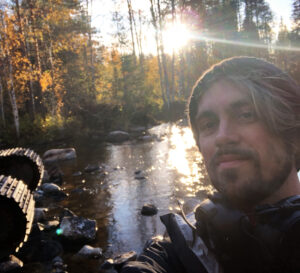 Life behind the lens: an interview with professional wildlife photographer Bogdan Boev