Our work to stabilize and strengthen interconnected populations of the Dalmatian pelican along the Black Sea-Mediterranean flyway has been recognised by the European Commission’s Natura 2000 Awards. Through reducing the risk of collisions with power lines, the installation of nesting platforms and establishing regular patrols, The Pelican Way of LIFE initiative has helped to create two new breeding colonies in Bulgaria.

A vote for progress 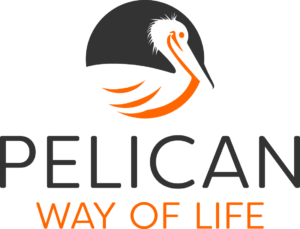 Pelican Way of LIFE is one of 21 initiatives selected to compete in the awards across five categories, with the overall winner receiving the coveted ‘Citizens Award’ which you can vote for online until the 27th of April. This year’s theme is the protection of wetlands – a habitat which the Dalmatian pelican depends on for its survival. The award categories include: Cross-Border Cooperation, Socio-Economic Benefits, Communication, Marine Conservation and Conservation On Land. An expert panel will decide the winner of each, and they will be announced along with the public award at a ceremony in Brussels on the 18th May.

This year marks the 30th anniversary of the Natura 2000 network’s creation, which was set up to ensure the long-term survival of the European Union’s most valuable and threatened species and habitats. It is the largest coordinated network of protected areas in the world, covering around 27,000 terrestrial and marine sites with a total surface area of over 1.14 million square kilometres. Ongoing management of the network is crucial for achieving the ambitious targets of the EU Biodiversity Strategy for 2030, which provides a far-reaching paradigm for nature recovery that also benefits the climate and people. The Natura 2000 Awards recognize conservation, restoration and rewilding success stories from across the EU and help to raise awareness of the Natura 2000 network of protected areas.

The Pelican Way of LIFE programme is coordinated by Rewilding Europe and driven forward through partnerships with the Bulgarian Society for the Protection of Birds (BSPB), the Hellenic Ornithological Society (HOS), Persina Nature Park Directorate, Rewilding Danube Delta, Rewilding Ukraine and the Romanian Ornithological Society (SOR). It aims to reduce the threats to the birds and improve their habitat across 27 interconnected sites in Romania, Bulgaria, Greece and Ukraine.

This award nomination relates specifically to the achievements in Bulgaria, where after a regional absence of 60 years, this ‘umbrella’ species is enjoying a resurgence thanks to a range of measures put in place to improve habitat, reduce disturbance, promote coexistence through education, encourage nesting and prevent collisions with power lines. By 2021 the swamps of Persina Island were once again home to a record-breaking 88 pairs and the formation of a third breeding colony. Reinforcing the numbers of this highly visible, charismatic species, strengthens the case for wetland protection and restoration that can benefit a plethora of other animals and plants. Also, the 27 interconnected sites form a network of wetlands in this part of Europe that is absolutely vital for many other bird species.

The need to stabilise and reinforce Dalmatian pelican populations was brought into sharp focus last month, following devastating outbreaks of avian flu in Greece and Romania affecting a number of colonies and causing the deaths of at least 1,861 birds in Greece alone across 12 wetlands. Patrols are being carried out to monitor and assess this developing situation and Rewilding Europe is in close contact with the regional veterinary authorities, the Danube Delta Biosphere Authority, the Environmental Guard and the National Protected Areas Agency to apply the required protocols, and to plan the removal of the dead birds from the colonies – with three quarters already removed. A comprehensive aerial survey of the breeding colonies in the Danube Delta is also planned, in order to assess the potential mortality in more inaccessible areas.

This is the most severe outbreak of avian influenza affecting Dalmatian pelicans that has ever been recorded; and as Deli Saavedra, Rewilding Europe’s Head of Landscapes explains, the situation underscores the ongoing value of the Pelican Way of LIFE work. “Die-off events like this one highlight just how vital it is that we continue to build up robust populations of these magnificent birds, in a regional wetland network setting. By optimising the conditions throughout their network of resting, feeding and breeding sites, we give them the best possible chance to withstand and rebound from these types of threats.”

The Pelican Way of LIFE initiative is funded by the EU’s LIFE Programme, and co-financed by the Arcadia Fund, the UK-based charitable trust of Lisbet Rausing and Peter Baldwin.

Turning the tide for the Dalmatian pelican