An environmental catastrophe is playing out on the Oder River. As part of a cross-border NGO alliance, the Rewilding Oder Delta team is calling for rigorous investigation, a clear focus on the river’s full-scale restoration, and the abandonment of all harmful hydro-engineering plans. 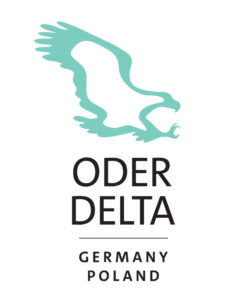 The poisoning of the Oder River – Poland’s second longest river, much of which forms the border with Germany – continues to dominate headlines. But while the scale of this heartbreaking environmental catastrophe is huge, with tonnes of dead fish now reported along most of the river along with other dead wildlife, the causes and possible long-term impact remain unclear. With toxicological analysis of river water samples ongoing, environmentalists are already estimating that it may take decades for the river to recover.

With the disaster still playing out, the Rewilding Oder Delta team is part of an alliance of 10 German NGOs – the Living Oder Action Alliance – calling for a rigorous and transparent investigation into the poisoning, coupled with the long-term restoration of the entire Oder river.

“Politicians and administrators on both sides of the Oder must completely clarify the causes of the disaster,” says Florian Schöne, managing director of German NGO German League for Nature and Environment (DNR), the umbrella organization of German conservation and environmental protection organizations and leading the alliance.

In parallel, restoration efforts must be planned and initiated urgently, to enable the river and its wildlife to recover over time. This is incompatible with current dredging and channelization plans aimed at increasing shipping traffic on the river. “All engineering work on the Oder must be stopped immediately and a nature recovery plan for the river drawn up. Plans on both sides of the Oder to turn the river into a water highway must be shelved,” says Schöne.

The Oder is one of Europe’s last large, near-natural waterways. For its final 500 kilometres, the river flows unimpeded into the Baltic Sea, surrounded by intact and species-rich floodplains. However, the Polish and German governments have been planning large-scale engineering work on the Oder for years, allegedly to improve flood protection. If construction went ahead, this work would massively disrupt natural hydrological processes, while an expert report commissioned by the Living Oder Action Alliance has shown that it would actually increase flood risk.

It would also lead to the widespread destruction of habitats and ecosystems, including the Oder Delta rewilding landscape, where the Rewilding Oder Delta team and partners are working hard to restore wild nature, encourage wildlife comeback, and develop nature-based economies. With European rivers facing a range of unprecedented challenges – from climate pressures to the threat of large-scale hydraulic engineering – rewilding the Oder would enhance the capacity of the river to recover from this latest pollution incident and increase the resilience of the entire riverine ecosystem.

Time for the Oder

Working with Polish and Czech partners through the Living Oder Action Alliance, the Rewilding Oder Delta team have long opposed construction plans and instead proposed to conserve and restore the river ecosystem and promote the sustainable use of the river landscape across borders. In 2018, plans to construct dykes around the Middle Oder were thankfully abandoned following a negative engineering report.

The Living Oder Action Alliance cooperates with Polish and Czech nature conservation associations in the “Time for the Oder” coalition. The common goal of the coalition is to preserve the natural condition of the Oder and promote the sustainable use of the river landscape across borders.