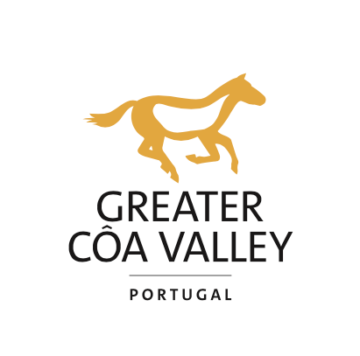 A herd of 10 Sorraia horses (two male and eight female) has been released in Vale Carapito. This new 60-hectare rewilding site, which is located close to the village of Vilar Maior, forms part of the Greater Côa Valley rewilding area in northern Portugal. The hardy animals will now be left to fend for themselves.

This latest release is part of a long-term plan to enhance natural grazing in the Greater Côa Valley, based on the recovery and reintroduction of wild and semi-wild herbivores. It will help to realise the rewilding vision for the area, with the Rewilding Portugal team and local partners now working to strengthen an important 120,000-hectare ecological corridor between the Douro region in the north and the Malcata region in the south. Their efforts are supported by a grant from the Endangered Landscapes Programme.

“Large herbivores such as horses play an essential role in shaping ecosystems and the promotion of biodiversity,” says Rewilding Portugal team leader Pedro Prata. “An important milestone for the Rewilding Portugal team, this release represents another step forward in the development of a wilder, more ecologically functional Greater Côa Valley.”

An increase in grazing by wild herbivores is badly needed in the Greater Côa Valley. In recent times the area has seen livestock numbers plummet, due to rural depopulation and associated land abandonment – a trend which has affected many parts of southern Europe. As a result, many landscapes, such as those found in Vale Carapito, are now covered by young, often monotonous forest or dense, continuous scrub, both of which are of low biodiversity value.

The Sorraias will help to break up this forest and shrubland, which will improve conditions for populations of roe deer, Iberian ibex, rabbit and red-legged partridge. This, in turn, will increase the availability of prey for predators such as the Iberian wolf, Iberian lynx, Bonelli’s eagle, and scavengers such as vultures. The creation of more open spaces will also make landscapes more resilient to extreme wildfires, which are becoming more frequent and intense.

The Sorraias will also help to boost the appeal of the Greater Côa Valley as a destination for nature-based tourism, which is already on an upward trend as wildlife comeback in the area continues.

Wild horses once roamed widely across the Iberian Peninsula. Like the Sorraias of today, they helped to maintain biodiversity-rich mosaic (half-open, half-wooded) landscapes through their grazing, trampling and other behaviours. They were also an important part of local food web. Over time, populations of such horses declined dramatically due to hunting pressure and the rise of domestic livestock and agriculture. A small population of Sorraia horses, a breed of ancient horse that developed in Portugal, was discovered in the 1920s; it is from this stock that the lineage has been preserved, although the breed remains rare.

While the European wild horse is officially extinct, it is not completely lost. Its genetic material still exists in many types of native horse breeds – from the Exmoor ponies of the United Kingdom and the Hucul ponies of Eastern Europe’s Carpathian Mountains to the Konik horses of Poland and the Karakachans of Bulgaria. These native breeds of animals still boast many of the characteristics and genetics of their ancestors, making them particularly suitable for rewilding and the grazing of wild habitats.

The newly released Sorraias came from one of the last breeders of these horses in Portugal. The Sorraia has a particularly interesting history, having once been called the “zebro” or “zebra” in Portuguese, due to its striped markings. These hardy animals, which were accustomed to fending for themselves, once lived off uncultivated lands and salt marshes in Iberian river valleys and were occasionally captured by farmers for agricultural work.

Living forests can mitigate our climate and biodiversity crises