A new partnership between Rewilding Europe and Exodus Travels will support the rewilding of land in five wildlife corridors in the Central Apennines of Italy. This will lock up atmospheric carbon and aid the recovery of local wildlife populations.

Rewilding is the best way to simultaneously address climate change, boost biodiversity and provide wide-ranging benefits to people and wildlife. A new partnership between Rewilding Europe and Exodus Travels, which will see the UK-based adventure travel company support nature restoration in the Central Apennines rewilding area, will deliver on all of these fronts. 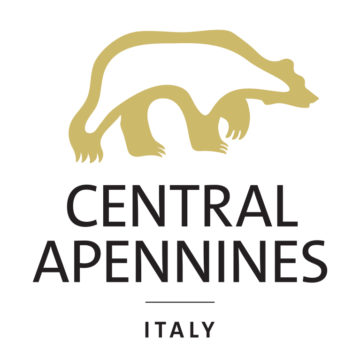 Under the terms of the collaboration, Exodus Travels will launch and fund a “Nature and Carbon Corridors” project, through which a minimum of 100m2 of land will be rewilded for every passenger that books a trip with the company. This will support the ongoing development of five wildlife corridors in the rewilding area, thereby promoting biodiversity, locking up atmospheric carbon and indirectly supporting the growth of a local nature-based economy. The aim is to work towards the rewilding of 5,000 hectares (ha) of corridor land over the next five years.

The Rewilding Apennines team has been working to develop five strategically located wildlife corridors since 2018. Linking protected areas, reserves and buffer zones, these corridors create one interconnected area of around 300,000 hectares. By allowing animals to move safely across Central Apennine landscapes, even those inhabited by people, this supports population growth.

The corridor network is of particular benefit to the area’s endangered and endemic Marsican brown bears, as well as other animals such as wolves, wild cats, golden eagles and griffon vultures.

The rewilded corridor land will also act as an effective carbon sink. It is estimated that 5000 ha of this land is capable of capturing 85,000 tonnes of carbon over a five-year period. For reference, one tonne of carbon dioxide is roughly equal to the emissions of one passenger on a return flight from Paris to New York.

Exodus Travels recognises that there is an urgent climate emergency and is committed to becoming an advocate within the travel industry for protecting and restoring the planet. In 2020, Exodus Travels was one of the founding signatories of the “Tourism Declares a Climate Emergency” pledge, dedicating time to proactively change how the company measures, reduces and mitigates its carbon footprint. The company has committed to a science-based target of halving its carbon footprint per passenger by 2030.

“We are delighted to be entering into this new partnership,” says Kasia Morgan, Head of Sustainability at Exodus Travels. “Rewilding delivers multiple benefits to people and wild nature and aligns perfectly with our goal to reduce carbon emissions and promote more responsible travel.”

This new collaboration also strengthens Rewilding Europe’s work to establish an original community carbon scheme to replace lost agricultural income for local landowners. This will see those landowners who make their land available for rewilding compensated by the sale of carbon credits, as well as from rent and nature-based tourism concessions.

With the Central Apennines acting as a testbed, Rewilding Europe is now developing a financial mechanism to scale up this approach, both in the Central Apennines and other rewilding areas. We are open for additional partners who are keen to invest money at this early stage, which will allow Rewilding Europe to develop its carbon proposition and run pilots to explore the market. Those interested in exploring possibilities for such a partnership should contact Timon Rutten, Rewilding Europe’s Head of Enterprise (timon.rutten@rewildingeurope.com).