Funding from Fondation Ensemble will support the comeback of griffon vultures, Apennine chamois and white-clawed crayfish in the Central Apennines rewilding landscape. This contributes to the area’s overall rewilding vision and is good news for nature and people. 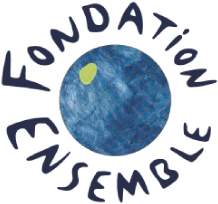 A new grant of 130,000 euros from French philanthropic foundation Fondation Ensemble is set to advance rewilding in the Central Apennines rewilding landscape in Italy. The money, which will be supplemented by funding from Rewilding Europe, will be used to enhance and/or reintroduce populations of three keystone species in the area – the griffon vulture, Apennine chamois, and white-clawed crayfish.

As with all vulture species, griffon vultures play a key role in nature as recyclers of carcasses. Having been reintroduced in the Central Apennines 30 years ago, the breeding population of this majestic scavenger now totals around 60 pairs. The new funding will be used to create two artificial feeding stations (so-called “vulture restaurants”), with the aim of attracting at least 250 vultures a year, as well as other vulture species, such as the Egyptian and cinereous vulture.

Vulture restaurants are no substitute for naturally occurring carrion, but are a useful vulture population support measure while the availability of such carrion remains limited. They also allow farmers to dispose of livestock carcasses in an environmentally friendly way.

By supporting the creation of a Vulture Field Officer position, the new funding will also enhance griffon vulture monitoring. This will hopefully lead to a reduction in the incidence of poisoning, and increase pride in and support for the birds in the local community, through events such as workshops and photo exhibitions. Based on the combined impact of all of these measures, the overall aim is to increase the number of breeding pairs in the rewilding landscape to 70 by 2024.

Return of the chamois

The Apennine chamois, a beautiful and supremely agile species of goat-antelope, was once found across the high-altitude landscapes of central and southern Italy, but habitat fragmentation and hunting reduced its range until it was only present in the Abruzzo National Park. Despite subsequent reintroductions in several mountainous areas, the current population of around 3500 animals remains endangered. The chamois is an important part of local food webs and helps to enhance biodiversity through its grazing.

The new funding will support the reintroduction of at least 24 Alpine chamois in the Velino Mountain Nature Reserve – this will create a sixth viable population in the Central Apennines and help to mitigate the threats posed by low genetic diversity and climate change. It will also see the creation of a Chamois Field Officer position, which will improve monitoring, boost species protection and enhance community outreach.

The white-clawed crayfish, which is a keystone species in freshwater ecosystems, is in decline across much of Europe. In 2020, a positive feasibility study was carried out on streams in the Central Apennines rewilding landscape. This has opened the door to a restocking programme, which will boost local populations, enhance the ecological condition of local waterways, and help to revitalise food webs.

The new finding will support the creation of two new crayfish breeding centres, in addition to the existing one in Borrello, which will see a minimum of 1,000 crayfish juveniles raised and released every year in the Gizio, Romito, and Verde rivers. In addition to restocking, the centres will enable research into climate change impact and diseases such as crayfish plague, in collaboration with local health authorities.

Towards a wilder Central Apennines

A decline in traditional agriculture and rural depopulation have seen many wildlife species start to make a comeback in the Central Apennines of their own accord, including the area’s iconic Marsican brown bears. To support this trend, the Rewilding Apennines team has been working to develop five strategically located wildlife corridors since 2018. The latest keystone species rewilding measures will contribute to the creation of a wilder Central Apennine landscape.

“We are very grateful to Fondation Ensemble for this critical funding,” says Mario Cipollone, Rewilding Apennines Team Leader. “It will help us as we work towards a wilder, more functional Central Apennine landscape, complete with healthy populations of important native species. Wildlife comeback here is good news for both nature and people.”

“We want to see a wilder Central Apennines adding value to everyone’s lives.”

Enabling wildlife comeback in the Central Apennines is not only good for nature itself, but will have a positive socio-economic impact on local communities. It will enable the growth of nature-based tourism in the area and underpin the creation of rewilding-related jobs, such as the Vulture and Chamois Field Officer positions. It will also help to reconnect people with local wild nature, enhancing their health and wellbeing.

“The involvement of local communities is always critical to the success of rewilding measures,” says Mario Cipollone. “We want to see a wilder Central Apennines adding value to everyone’s lives.”

“I’m really looking forward to seeing the impact of this initiative over the next few years,” adds Olivier Braunsteffer, Director of Fondation Ensemble. “Not only in terms of the three focus species, but also its benefit to the people of the area and the development of a thriving nature-based economy.”

The success of the keystone species rewilding initiative will depend on collaboration between a diverse range of partners. The Rewilding Apennines team are grateful for the support of the Carabinieri Forestali (nature rangers) – particularly the Carabinieri Biodiversity Department of Castel di Sangro, Sirente Velino Regional Park, and the Montagne della Duchessa Regional Reserve – who will assist in the Apennine chamois and griffon vulture rewilding measures – and of the Monte Genzana Alto Gizio, Zompo Lo Schioppo, and Cascate del Verde Regional Nature Reserves, which will provide support with the crayfish breeding centres.