Removing dams is the most efficient way to restore rivers. A memorandum of understanding between Rewilding Europe and NGO Älvräddarna will see both partners collaborate to take dam removal forwards in Sweden. 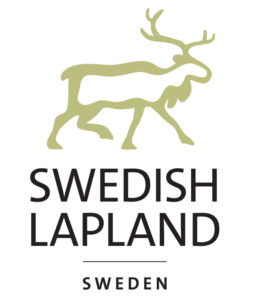 The removal of dams has proven to be the most environmentally efficient and cost-effective way of restoring rivers, bringing wide-ranging benefits to both people and wild nature. These include cleaner water, improved biodiversity, healthier fisheries, reduced flood risk and more opportunities for tourism.

Rewilding Europe is one of the founder members of the Dam Removal Europe initiative, a coalition of organisations – which also includes the World Fish Migration Foundation and WWF – that is now working collaboratively to remove dams across Europe. With thousands of obsolete dams along its myriad waterways, Sweden has been identified as a priority country for dam removal.

The opportunity for their removal has been heightened by the new Swedish “Nationell Prövningsplan” (National Hydropower Relicensing Plan), which means that all Swedish hydropower plants lacking modern operating permits need to apply for a new license between 2022 and 2037. Owners who opt to decommission can take advantage of Sweden’s new SEK 10 billion ($1.1 billion) Hydropower Environmental Fund, recently set up by eight of the country’s largest hydropower companies, to recoup most of the removal costs.

To advance dam removal and river restoration in Sweden at this opportune moment, Rewilding Europe has just signed a five-year memorandum of understanding (MoU) with Älvräddarna (The River Savers’ Association). This Swedish NGO has worked to keep Swedish rivers from being exploited since foundation in 1974, with a major focus on dams and hydropower.

Both partners recognise the opportunity to join forces on a number of collaborative actions, with the MoU acting as the basis for a range of more specific, formal contracts. The principal aim is to create a scalable business model which can spearhead the removal of large numbers of dams across the country, and then take that forwards.

Älvräddarna will work closely with Rewilding Europe and other members of the Dam Removal Europe coalition.

“Dams have had a hugely damaging impact on Swedish waterways, both for nature and people,” says Christer Borg, secretary general at Älvräddarna. “This new agreement, which should pave the way for their widespread removal, is a step towards reversing such damage.”

The road to removal

To establish such a business model, Rewilding Europe and Älvräddarna are working together, initially within a three-month contract. This will see the Swedish NGO identify priority dams for removal, determine an optimum business structure, investigate the possibilities of accessing finance from the Hydropower Environmental Fund, and evaluate the scale of finances required to start removing Swedish dams.

This should lead to the establishment of a Swedish business entity in 2021 which can advise dam owners on dam removal and purchase, run and then remove dams, and demonstrate that dam removal at scale is possible and brings benefits for a range of stakeholders.

The business of dam removal

The next step is to find early adopters across Europe for one or more of these models and develop them further in Europe. Going forwards, this first Swedish case will exemplify a number of these financial models.