A record number of roosting griffon vultures have just been counted in the Rhodope Mountains rewilding area in Bulgaria. This is good news for local wild nature and people and pays testament to the efforts of the local rewilding team. 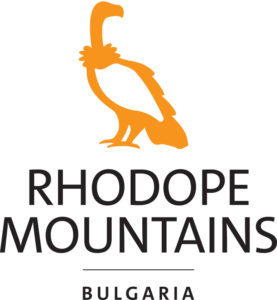 A census of griffon vultures carried out across the Balkan Peninsula in late November has revealed a record number of birds roosting in the Rhodope Mountains rewilding area in southern Bulgaria.

The annual census, which began in 2005 and is typically carried out at the beginning of winter (when the breeding period of vultures begins), revealed 245 birds along the Arda River (compared to 178 in 2015 and only 25 in 2005). This milestone success demonstrates that the ongoing efforts of the local rewilding team and partners are paying off and represents another positive step forward in the Balkan-based comeback of this impressive and important species.

The Rhodope Mountains rewilding area is home to Bulgaria’s largest colony of griffon vultures. The local rewilding team have been working to support these birds for many years, mainly by improving the availability of natural prey and by reducing mortality through factors such as poaching, poisoning and collisions with power lines.

The latest figures are good news for a number of reasons – as keystone species, vultures play an essential scavenging role as recyclers of natural carcasses, while they are also of great value to local communities because they support nature-based tourism. The ongoing comeback of the birds is a good indication that the overall health of the local ecosystem is improving.

Coordinated by the Bulgarian Society for the Protection of Birds (BSPB), a Rewilding Rhodopes partner, the annual Balkan census of roosting griffon vultures takes place in Bulgaria, Greece, Serbia and North Macedonia. Its aim is to determine population size, age structure and pre-nesting distribution, as well as to identify any potential threats at nesting and resting places.

In the Rhodope Mountains, incidences of poisoning are still relatively common, which means the ongoing efforts of anti-poison dog units are critical in both Bulgaria and Greece.

In the Greek part of the Rhodope Mountains, just over the Bulgarian border, 60 roosting griffon vultures were counted. This year’s total count for the entire Rhodope region is therefore 305 birds. By comparison, a total of 147 vultures for the same region were recorded last year, although bad weather conditions were a contributing factor to this lower number (due to lower visibility).

This year only a limited number experts and volunteers from the Rewilding Rhodopes team and the BSPB took part in the census, due to the impact of the Covid-19 pandemic. In Bulgaria, the annual monitoring also covers reintroduction sites – as such, a total of 188 birds were recorded in Kresna Gorge, Sinite Kamani, the Vratsa Mountains and Kotlenski Balkan.

The griffon vulture was once widely distributed across Bulgaria. But by the early 1970s it was thought to have disappeared completely, largely due to the decreasing availability of food, habitat loss, persecution and poisoning. In 1986, a griffon vulture colony was discovered near the small town of Madzharovo in the Eastern Rhodope Mountains, consisting of about 20 birds and three nesting pairs. As a result of ongoing conservation efforts, it is from this low point that Bulgaria’s griffon vulture population continues its current comeback.

The recent censuses conducted in the Rhodope Mountains of Bulgaria and Greece were carried out as part of the LIFE Vultures initiative. Starting in 2016, this was developed by Rewilding Europe, in collaboration with the Rewilding Rhodopes Foundation, BSPB, and a range of other partners, with funding from the European Commission and Fondation Segré.

LIFE Vultures
Back to news