Recent surveys indicate that the Dalmatian pelican is making a tentative comeback in Europe. This is good news for ongoing rewilding efforts, which are playing a supportive role in the recovery.

Dalmatian pelicans are the ambassadors of healthy and well-connected wetlands, which means measures focused on their conservation also benefit a wide range of other wildlife. As a stronghold of the species, the Danube Delta is a good focal point for rewilding efforts. The delta is part of a network of wetlands in southeast Europe that are vital to the birds, which follow varying migration patterns throughout the year and tend to distribute themselves according to feeding opportunities.

A variety of factors, including loss of habitat, saw the Danube Delta’s Dalmatian pelican populations decline for many years during the twentieth century. Yet, over the last two decades, the species has made a tentative comeback – decades over which rewilding efforts in the Danube Delta have also stepped up. Such efforts have seen wetlands restored, free-roaming grazers such as Konik horses, Tauros and water buffalo introduced, depleted fish stocks revitalised, and local communities increasingly benefit from a wilder nature governed far more by natural processes.

Counts of Dalmatian pelican populations in 2020, not only in the Danube Delta, but also in the Persina Nature Park in Bulgaria (also on the River Danube), offer encouraging signs that the recovery of the Dalmatian pelican in Europe is ongoing.

A total of 58 Dalmatian pelicans were observed during a survey in the Ukrainian part of the delta in May, while a record-breaking 155 birds were counted overwintering here in the winter of 2019-2020. Rewilding efforts should soon see artificial nesting platforms constructed on Lake Kuhurlui to encourage pelicans to breed again here.

“The record-sized groups observed during winter probably contain birds from countries such as Kazakhstan and Uzbekistan, as well as pelicans from the delta,” says Danube Biosphere Reserve ornithologist Maxim Yakovlev. “This would have been unusual in the past, but with climate change and an increase in the number of frost-free days, the number of international visitors has started to grow.”

“In my opinion, one of the main reasons for pelican population growth in the delta is the fact that the birds have received better protection, which means they have remained undisturbed during nesting,” he continues.

The number of breeding pairs of Dalmatian pelicans in the Romanian part of the Danube Delta was estimated to be between 446 and 486 in 2020. Over the last 10 years, this number has ranged between 252 and 432.

Sebastian Bugariu of the Romanian Ornithological Society (SOR), the organisation which carried out the survey, is cautiously optimistic about the figures.

“Although our information indicates that the population trend is positive, we still need more monitoring data to accurately show this, especially because there are multi-annual fluctuations caused by natural conditions,” says the ornithologist.

“But it is important to note that Dalmatian pelicans have started using new areas to establish breeding colonies in the past few years, which is a clear sign that if conditions are met, further population increases can be expected.”

Bugariu agrees with Maxim Yakovlev on the reasons behind the upward population trend.

“Conservation actions taken over the last two decades have been critical,” he says. “These include the better protection of breeding sites (both legally and in the field), which means less disturbance and less persecution. Wetland restoration has also enhanced fish stocks and potential breeding areas. It is important that we continue these actions because threats such as the burning of reeds close to colonies, persecution and collisions with power lines are probably still having a negative impact.”

The recent trend for Dalmatian pelican numbers in Bulgaria’s Persina Nature Park is also positive. In 2016, for the first time in 60 years, seven pairs of Dalmatian pelicans formed a nesting colony on an artificial wooden platform here, built by experts and volunteers of the Bulgarian Society for the Protection of Birds (BSPB) and the Directorate of Persina Nature Park. By 2020, two platforms in different areas of the park were being used by 30 pairs of the birds, who raised a total of 40 young.

As in the Danube Delta, these encouraging numbers are testament to a range of conservation measures which the BSPB has been implementing for nearly 10 years, together with the Directorate of Persina Nature Park.

“These include regular monitoring and patrolling schemes, construction of wooden platforms, installation of bird diverters (coloured discs) on dangerous power lines, work with local fishermen and hunters, educational activities for kids and students, and public awareness campaigns,” says Svilen Cheshmedzhiev of the BSPB. “As part of rewilding efforts we plan to tag birds with coloured rings and satellite transmitters. The data generated will allow us to further enhance these conservation measures.” 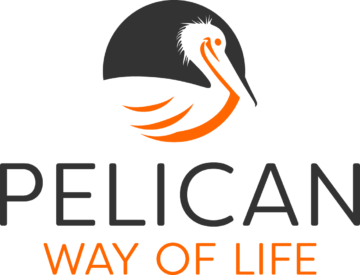 Rising Dalmatian pelican numbers are good news for pan-European rewilding efforts focused specifically on the bird, which kicked off in late 2019 and are funded through the EU’s LIFE Programme and co-financed by the Arcadia Fund. Such efforts, which are being coordinated by Rewilding Europe as part of the initiative’s work to support wildlife comeback, include measures to reduce collisions with power lines, enhance nesting conditions through habitat improvement action and patrols, and increase stakeholder awareness of and engagement in Dalmatian pelican conservation.

More Dalmatian pelicans is also good news for nature-based tourism, with growing numbers of wildlife enthusiasts and nature lovers drawn to places such as the Danube Delta to see these iconic birds. Rewilding efforts also include tourism training; this will allow local people to profit from thriving pelican populations and incentivise them to support the further recovery of the species.

The Dalmatian pelican was once far more widespread in Europe. Feasibility studies are currently underway to examine the possibility of reintroducing the species in specific countries, while tentative plans to reintroduce the species to the UK have also been proposed.