Griffon vultures continue to do well in the Rhodope Mountains rewilding area in Bulgaria, with 72 chicks born this year. This is good news for wild nature and people and a well-earned reward for the local rewilding team.

The griffon vulture, as with all vultures, is a keystone species, playing an essential scavenging role as a recycler of natural carcasses. Griffon vultures are sensitive to ecological conditions: if a population is increasing, it is a good indication that the overall health of the local ecosystem is also improving.

It is good news all-round then, that the recovering griffon vulture population in the Rhodope Mountains rewilding area in Bulgaria continues to do well. In the spring, a total of 107 pairs of vultures were counted during regular monitoring by the local rewilding team, along the valley of the Arda River – this is up on the 99 pairs counted in 2020. A few months later, in mid-May, the team counted 72 griffon vulture chicks in the same area – this is 21 chicks more than were born in 2016.

“We have seen both the number of nesting griffon vultures and the number of hatchlings follow a stable or upward trend over the last five years,” says Dobromir Dobrev, a vulture expert attached to the Rewilding Rhodopes team. “This is really encouraging, both for the birds themselves and the natural condition of the area, and is testament to the hard work and dedication of the team.”

The griffon vulture was once widely distributed across Bulgaria. But by the early 1970s, it was thought to have disappeared completely, largely due to the decreasing availability of food, habitat loss, persecution and poisoning.

In 1986, a griffon vulture colony was discovered near the small town of Madjarovo in the Eastern Rhodope Mountains, consisting of about 20 birds and three nesting pairs. Ongoing conservation efforts, many carried out by the Bulgarian Society for the Protection of Birds (Rewilding Europe’s partner in the Rhodopes) and the Rewilding Rhodopes team, have seen the birds recover to their current level. Today the valley of the Arda River hosts one of the largest colonies of griffon vultures in the Balkans.

Starting in 2016, the five-year LIFE Vultures initiative was developed by Rewilding Europe, in collaboration with the Rewilding Rhodopes Foundation, the Bulgarian Society for the Protection of Birds, the Vulture Conservation Foundation, WWF Greece and the Hellenic Ornithological Society.

Focusing on the Rhodope Mountains rewilding area in Bulgaria, as well as a section of the Rhodope Mountains in northern Greece, the aim of the actions carried out is to support the recovery and further expansion of the griffon and cinereous (black) vulture populations in this part of the Balkans, mainly by improving natural prey availability, and by reducing mortality through factors such as poaching, poisoning and collisions with power lines.

Vultures can be of great value to local communities because they support nature-based tourism, with nature lovers and ornithologists drawn to see these spectacular birds as they nest, feed and take to the sky. The European Safari Company offers experiences in the Rhodopes which allow visitors to see griffon vultures and other iconic birdlife up close.

Vulture chicks typically hatch at the end of March and early April. They are then raised by their parents for nearly four months until they are ready to fly, taking to the air for the first time around 140 days after birth. By the middle of summer, the young vultures typically weigh about seven to eight kilogrammes; while they are not quite as heavy as their parents, they are the same size and have all their feathers (although the colouring in juvenile vultures is different to adult birds).

Many of the griffon vultures that have returned to the nest and raised chicks in the Arda Valley have been tagged with GPS transmitters by the rewilding team. For “Buria”, this is the fifth nesting season since she was equipped with a transmitter – so far she has successfully raised three young. “Krum” is another veteran that the team has been following for five years. An experienced breeder, he has so far raised 4 chicks, taking a new nest near the Studen Kladenets dam this year. Two more vultures – marked by the team as 4V and 3G – are not equipped with transmitters, but have come together for the first time. They have both been unsuccessful with other partners in the past, so the rewilding team is crossing their fingers this time round!

Аnother interesting story is that of Dionysus, a griffon vulture nesting just across the border in the Greek part of the Rhodope Mountains, who last year demonstrated tireless devotion and sacrifice. After losing his mate during the incubation period, he spent 33 days without eating, tirelessly caring for the egg. In the end, the egg sadly failed to hatch, but Dionysus proved once again what great parents vultures make. This year he has decided to take a break from trying to raise kids, although he and his new partner have been busy constructing nests at several different cliff sites. 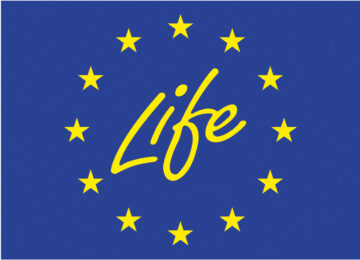