Last week, a male lynx – nicknamed ‘Ljubo’ – was released into the Velebit Mountains Rewilding landscape. Ljubo is the fifth lynx to be released in Croatia as part of the European LIFE Lynx project.

Ljubo’s release is also expected to help increase the important influence of the lynx as an apex predator and keystone species within the Velebit ecosystem, boosting biodiversity, maintaining ecosystem health, and contributing to the circle of life, while further serving as a major draw for local tourism.

“We’re really happy to welcome Ljubo,” said Marija Krnjajiç, Team Leader of Rewilding Velebit. “It is an honour for us; we can’t wait to follow his movements as he begins exploring the Velebit Mountains and observe what impact his arrival may have within this ecosystem.”

The last native lynx in Croatia was shot in 1903. For seventy years, the region’s forests were missing the influence of any lynx. Then, in 1973, three pairs of lynx from the Slovakian Carpathian Mountains were released in neighbouring Slovenia, initiated by a Swiss hunter named Karl Weber. This reintroduction attempt was a success and over the following years, as the population grew, lynx spread to Gorski Kotar in Northern Croatia, before reappearing in the Lika and Velebit Mountains.

At its high point, this reintroduced population numbered around 130 animals – all descended from the original Slovakian six. However, in the last decade, the population has fallen into decline, suffering from the legacy of 40 years of inbreeding and the after-effects of a period of excessive hunting in Slovenia that began as early as 1978. With so few individuals contributing to the original founder population, natural selection has had less variation to work with and the lynx’s fitness has suffered.

Today, there are believed to be 40-60 lynx surviving in Croatia, with a further 20-30 in Slovenia, forming one contiguous population. However, they are isolated from the critically endangered Balkan and Bohemian-Bavarian populations (to the south-east and the north respectively) and remain cut off from the stable – but still endangered – Alpine population to the west.

In common with lynx across Europe, Croatia’s lynx face threats from vehicle collisions, poaching and habitat fragmentation. However, perhaps the biggest threat they face is their low genetic variability – the legacy of just six founding individuals. With so little genetic variability, any mortality is problematic, and the loss of just one individual can mean the loss of distinct and valuable genes from such a small gene pool. 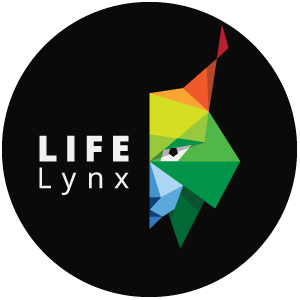 To boost genetic variability and reinvigorate this declining population, the LIFE Lynx initiative was initiated in 2017. Healthy individuals were sourced from the robust Carpathian population in Slovakia and Romania, aiming to increase the resilience, adaptability and fitness of the endangered Dinaric lynx population. The LIFE Lynx project became a member of the European Rewilding Network in 2019.

The first lynx brought to Croatia was released into Risnjak National Park in May 2019 (‘Ris’ is the Croatian word for lynx). Ten months later, a second lynx was released farther south, in Paklenica National Park. In May 2020, a third lynx was set free within the Velebit Nature Park, followed by a fourth, one year later. Now, in June 2022, Ljubo – named as a tribute to the pioneering lynx conservationist Ljubomír Arvay – is the latest lynx to be released in Croatia.

Ljubo has been released into the Ramino Korito concession within the Velebit Nature Park, where wildlife is being managed by Rewilding Velebit in an area connecting two national parks. Rewilding Velebit hopes the recovery of the Dinaric lynx population will serve to strengthen the appeal of nature-based tourism in the region, supporting local employment and thus acting to stem the flow of rural depopulation. Already, those who want to experience wild nature in Velebit Mountains can find hiking guides, photography hides, and cabins developed by the team and local partners.

Team Leader Marija Krnjajić was among those to witness Ljubo’s arrival, saying, “We are very pleased to be able to help the recovery of the Dinaric lynx population and participate in sustaining the biodiversity of Velebit and Croatia. We believe Ljubo’s arrival will further enrich the tourist experience available within Lika-Senj County and help secure the development of our region’s developing nature-based economy.”

Professor Tomislav Gomerčić, a member of the LIFE Lynx team from the Faculty of Veterinary Medicine at the University of Zagreb, also praised the exemplary cooperation between hunters, public institutions and conservation scientists that have been so central to the success of these releases, saying, “The results we have achieved in the last five years, working together with the support of the local stakeholders, have ensured a bright future for lynx in this part of Europe.”