Four new wildlife hides have been built – and one renovated – in our Velebit Mountains Rewilding Landscape in Croatia, and are now open for bookings. This marks the start of an exciting new chapter in our partnership with SKUA Nature – one of Europe’s leading wildlife photography organisations dedicated to promoting sustainable nature tourism.

The hides are an important first step for establishing a greater wildlife tourism presence in the region – providing a potentially strong and stable income stream for the future as an alternative to hunting. They have been primarily designed with bear- or bird-watching in mind, but the photographers lucky enough to hunker down in them also stand a good chance of spotting a host of other species, including the elusive Eurasian lynx, wildcat, wolf, wild boar, golden jackal, roe deer and pine marten.

In-depth field surveys were undertaken in the mountains and plains of the area to pinpoint the best locations for each hide. They were then designed by SKUA Nature, with a focus on each building blending into the natural surroundings as much as possible, and constructed from natural materials. Accessibility was an important consideration during the planning stage – two of the hides will be usable all year round.

In the varied vegetation of the plains, two hides offer excellent vantage points for encountering wolves, bears, pine martens and birds of prey against interesting backgrounds of deciduous and coniferous forest, as well as shrubland. One is positioned close to an enticing drinking pool continuously fed by a stream and can accommodate four people. The other is located in a more open area – but still in close proximity to forest and the mountains – and comes complete with perches and foraging spots to attract an extensive range of species.

Three further hides have been constructed in the even wilder mountainous areas. More challenging to reach, the rewards at one is the chance to have unspoilt views of brown bears through mirrored glass windows and comfortable overnight accommodation that includes two beds and a toilet – facilities that feature in all of the hides. Another mountain hide comes with a drinking pool at window level and natural perches – ideal for capturing shots of bathing birds. It’s also a prime location for attracting martens and wildcats. Additionally, there are plans to include a mobile hide in a mountainous forest clearing that would be transportable in a 4×4. 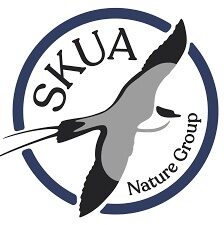 For Rewilding Europe’s Head of Enterprise, Timon Rutten, the opening of the hides is a vital gateway for building up a local economy based around wildlife watching. “Through our collaboration with SKUA Nature, we can demonstrate that it is possible to create a nature-based economy in an area that up until now, has very little wildlife tourism infrastructure in it. Until recently, the business model for the landscape has revolved around hunting. We want to show that you can gradually shift away from this and present more long-term opportunities through the viewing and tracking of wildlife. That the spectacular wildlife of the Velebit Mountains has more value alive, than dead – and that hunting concessions can be less dependent on hunting income in the future.”

The hides have been designed by SKUA Nature following site visits to the rewilding landscape, and then built locally. The involvement of local people is key to ensuring community engagement becomes an integral part of any wildlife tourism enterprise, and two guiding jobs have already been created locally as a result of the cabins’ construction. Establishing a network of hides within the Rewilding Velebit landscape not only magnifies the economic potential, but also the chances of being able to photograph multiple species in a short space of time by moving between the varied locations and their different ‘target’ species.

The hides are also an important tool in the wider rewilding mission in Velebit, with tourism revenue helping to finance future rewilding efforts and the guides acting as passionate advocates for the rewilding movement. But as Rewilding Velebit’s Team Leader Marija Krnjajić points out, the benefits have the potential to run deeper than just from a monetary point of view.

“The hides signify the start of a new way of managing the land for nature, and for showcasing to those who work or live alongside nature, that wildlife watching can provide additional income and enhance wellbeing. It serves as a reminder that the wildlife the photographers are coming to see is only here because we care for the land. We want more people to become guardians of their nature. The hides can also play their part in helping to reverse the trend of rural depopulation through job creation.”

The SKUA Nature Group is a global initiative developed over the last 13 years, dedicated to promoting sustainable wildlife tourism with wildlife watching hides and photographic masterclasses. They operate over 100 hides across Europe in Spain, Italy, Romania, Latvia and Norway. SKUA set out to demonstrate the extraordinary value of nature in economic terms, working in large protected areas predominantly across Europe with a variety of stakeholders. They have shown that wildlife tourism – when done well – can have positive impacts on the local economies and communities in which they work, as well as heightening nature awareness for the long-term benefit of wildlife.

For Max Biasioli, General Director and Founder of the SKUA Nature Group, the wildlife tourism potential of the Velebit Mountains is an exciting prospect. “In nearby Slovenia, bear-watching and photography has become very popular. The fairly large bear population in Velebit, along with high levels of biodiversity, varied habitats and the area’s accessibility makes it a great location for developing another bear-watching hotspot and sought-after destination where nature tourism has yet to become a driving force at a local economy level.”

The closely aligned visions of Rewilding Europe and SKUA Nature will also give rise to complementary approaches going forward. “We admire and support what Rewilding Europe is doing in the Velebit Mountains, and we hope to start more similar partnerships with them in other rewilding landscapes in the future. Their focus on practical rewilding measures to boost wildlife numbers combined with our expert knowledge of nature tourism gained over 15 years, is a perfect match,” says Max Biasioli.