Five to the fore

Five rewilding sites in the Netherlands have received certificates in recognition of their membership of the European Rewilding Network (ERN). The certificates were handed over as part of Rewilding Europe’s 10-year anniversary celebrations that kicked off in Nijmegen on June 29. Members of Rewilding Europe’s central team visited the sites – the Maashorst Nature Reserve, Wisent op de Veluwe, Meuse Valley River Park, Kempen~Broek Border Park and Slikken van de Heen Nature Reserve – to learn more about the rewilding efforts being carried out there.

The five rewilding initiatives became members of the ERN at different times, with the newest, de Maashorst, joining last week (and taking the total number of Dutch ERN members to 9). All have benefitted from the exchange of rewilding experience and expertise facilitated by the network. Thanks to the reintroduction of large herbivores such as European bison, Galloway cattle, Konik horses and Exmoor ponies, natural grazing is key process at every site, helping to enhance biodiversity and deliver a range of other benefits.

“Being able to hand over these certificates on a single day is a special moment for Rewilding Europe and for rewilding in the Netherlands,” says Rewilding Europe’s ERN Coordinator Mei Elderadzi. “Through their hard work and commitment to best practice, these initiatives have shown that rewilding does work for nature and for people, and that by collaborating through the ERN rewilding impact can be amplified.” 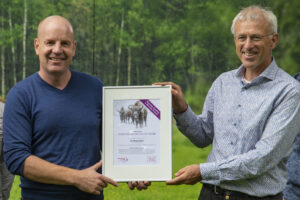 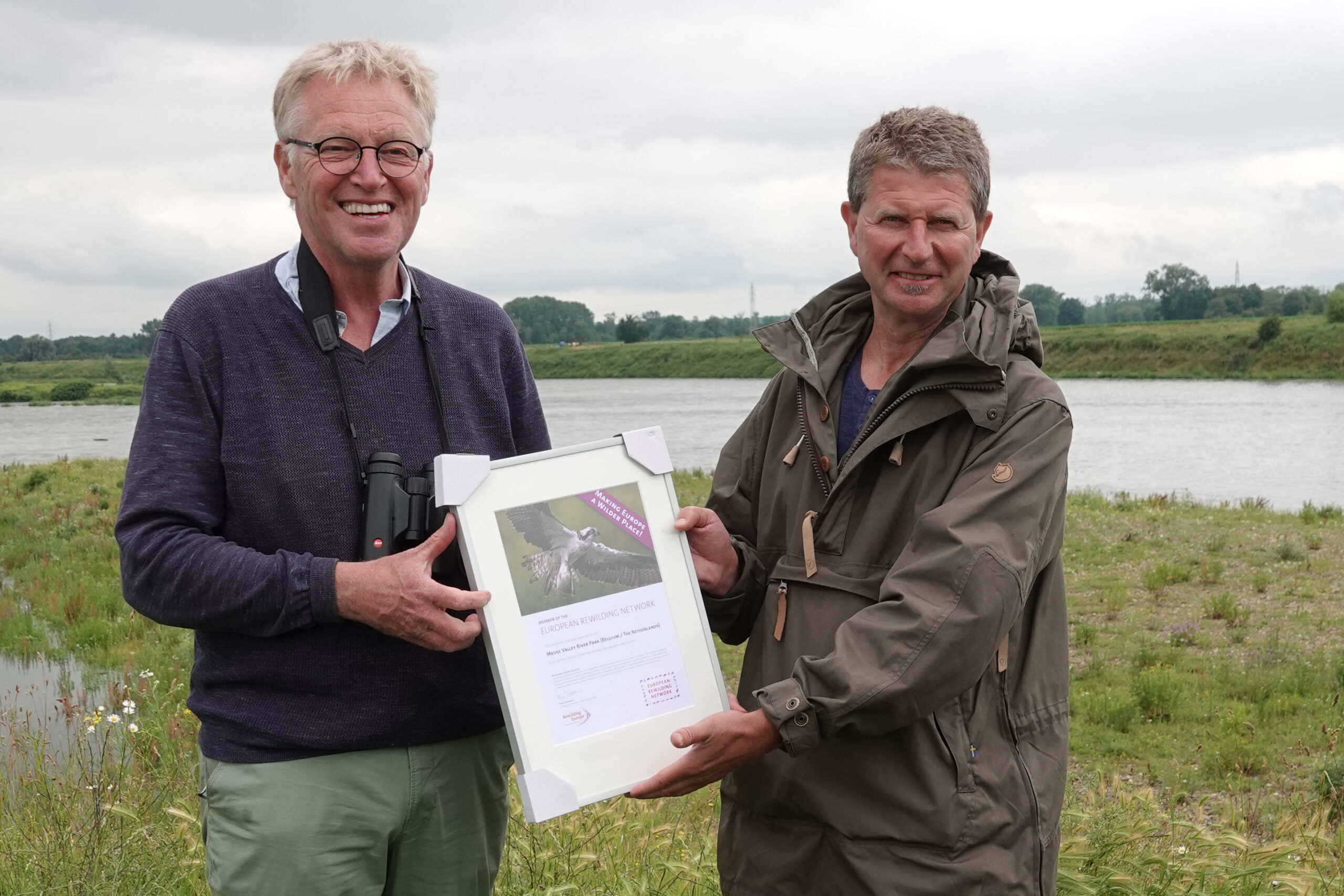 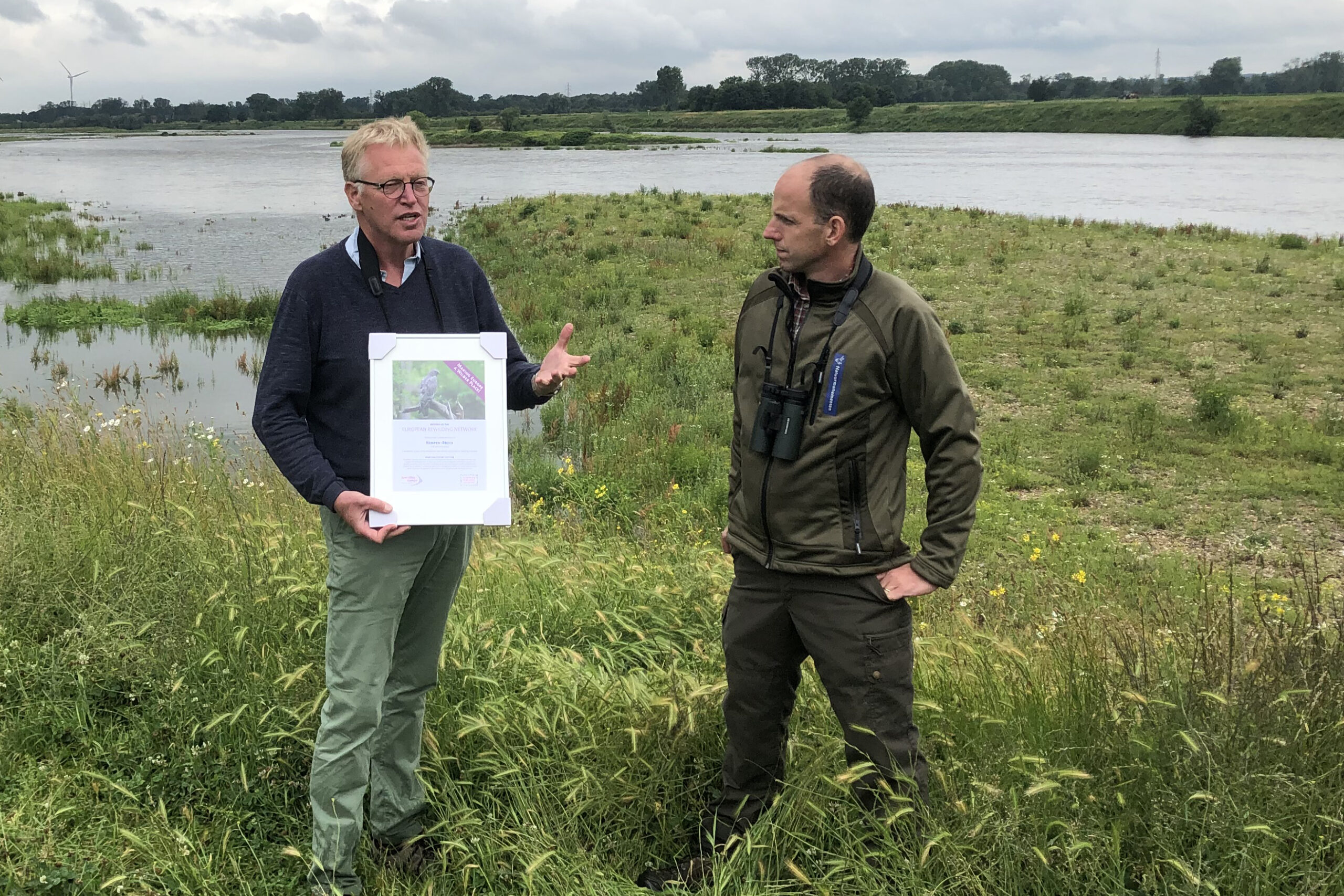 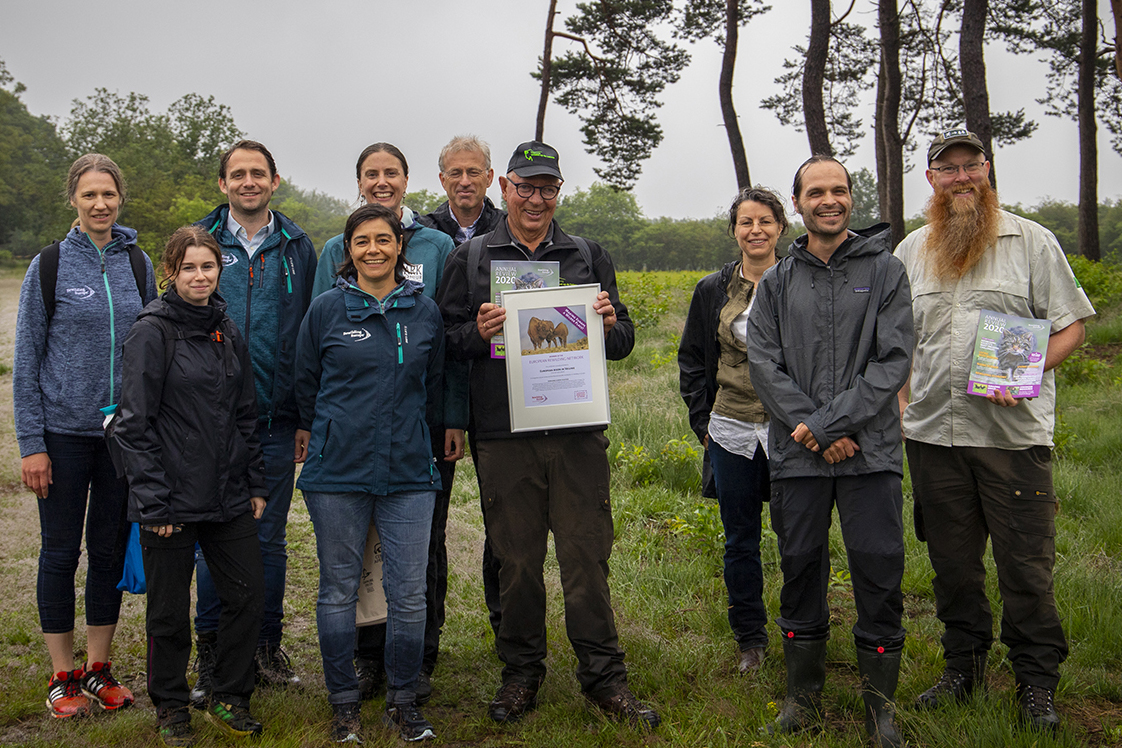 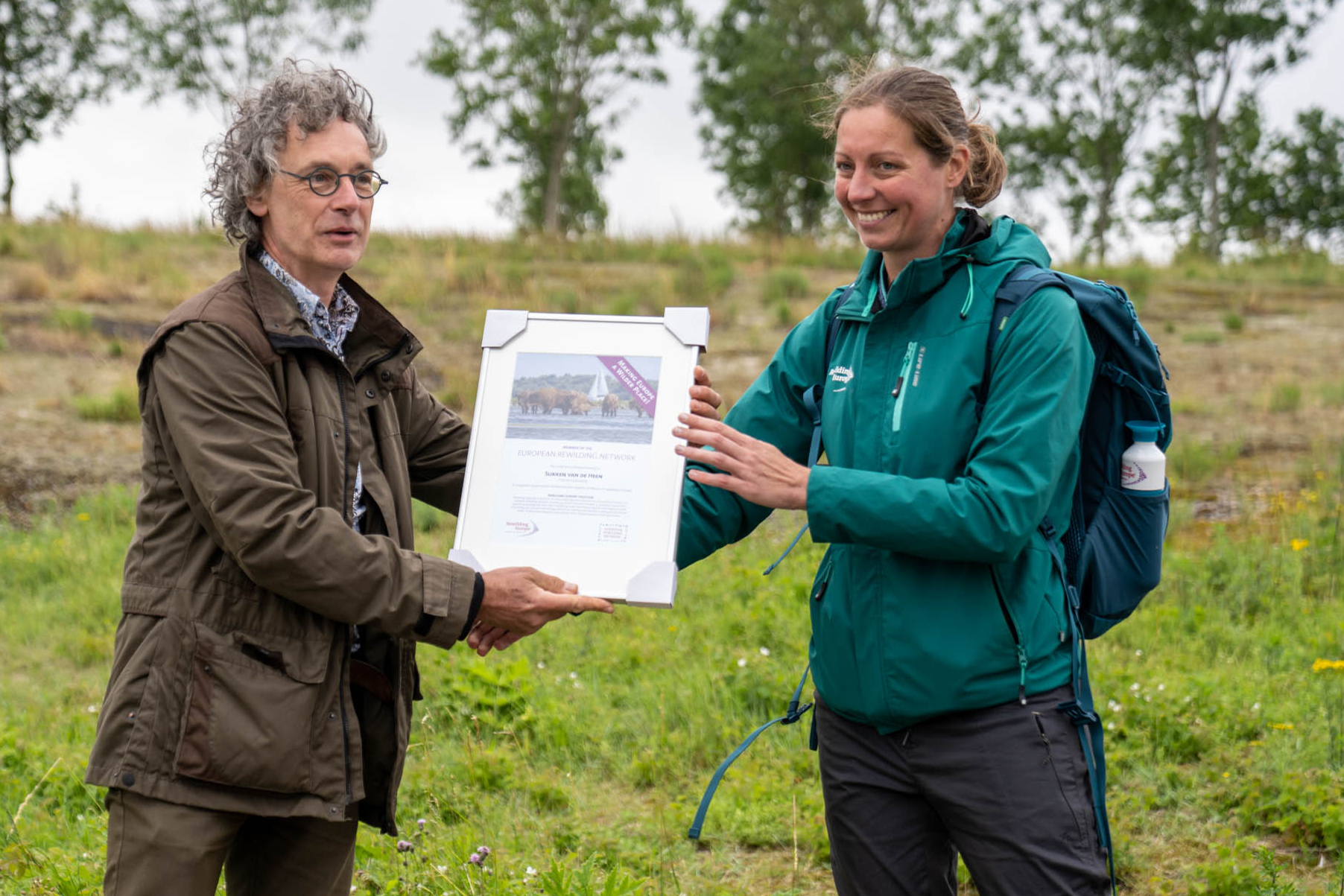 The Netherlands: a rewilding pioneer and role model

To understand how and why the Netherlands has become a rewilding frontrunner, we need to go back around 40 years. Two main developments opened the eyes of the Dutch and defined a new narrative for nature restoration in this highly managed country (which is essentially a massive delta of the rivers Rhine, Meuse and Scheldt): the Oostvaardersplassen and the Dutch river floodplains.

In the late 1960s a patch of land in the newly built Flevopolder to the east of Amsterdam was reclaimed from the sea for industry. The area quickly became a paradise for birds, and started to support huge flocks of moulting (temporary flightless) greylag geese, which kept the reedbeds open and ensured a biodiversity-rich wetland through their grazing. The geese, in turn, were attracted to adjacent grasslands, which were kept open by large herbivores.

A unique ecosystem developed where grazing geese and large herbivores – not people – became natural forces in the dynamic landscape of the newly formed Oostvaardersplassen Nature Reserve. This approach came to an end in 2020 when the local regional government began to manage the reserve more closely, with a much lower density of large herbivores.

The second changemaker in Dutch conservation was a new vision for the extensive floodplains of the Dutch lowland rivers, called “Plan Ooievaar” (Plan Stork) in 1986. Dutch landscape ecologists and planners proposed a new approach to river management, taking floodplains out of agricultural production, removing dykes, and allowing natural flooding – in combination with the extraction of clay and sand – to increase flood protection and kick-start ecological rehabilitation.

This resulted in two major pioneering initiatives where this approach was applied at scale. The first was the 5000-hectare Gelderse Poort initiative, near the city of Nijmegen, which saw waterways restructured so that floodplains were once again able to play their natural role in flood protection.

The combination of flood risk mitigation, rewilding and gravel extraction was also a triple win that drove development of the Meuse Valley River Park on the Netherlands-Belgium border. The largest river restoration initiative in the Netherlands, the park stretches along 45 kilometres of the River Meuse between Maastricht and Maaseik on the Netherlands-Belgium border and covers 4,000 ha of natural river habitat. Here, along the only Dutch river without shipping, the shallow extraction of more than 50 million tonnes of gravel has allowed the river to reshape itself, enhancing wild nature and providing a wide range of other benefits.

Another major rewilding initiative is Kempen~Broek, also on the Dutch-Belgian border, where a unique collaboration between NGOs, local farmers and authorities has seen more than 25 million euros invested in the creation of a connected 10,000-hectare, rewetted, rewilded and biologically rich landscape grazed by large herbivores. This, in turn, has underpinned the development of a local nature-based economy.

A more detailed overview of rewilding in the Netherlands, and how Dutch lessons and experiences were used in other initiatives in Europe, was published in an academic paper in 2018.

Dutch NGO ARK Nature (one of the initiating partners of Rewilding Europe, together with WWF Netherlands, Wild Wonders of Europe and Conservation Capital) has played a pioneering role in the evolution of Dutch rewilding since foundation in 1989. Taking the lead in a wide range of initiatives, ARK Nature and partner organisations initiated the reintroduction of bison to the Netherlands at the Kraansvlak coastal dune reserve (2007), and it has since introduced bison to the Maashorst Nature Reserve, Veluwe, and Slikken van de Heen Nature Reserve.

These rewilding initiatives, in turn, have led to extensive upscaling and replication across the country; in particular along the Dutch rivers, but also in marshlands, peatlands, coastal areas and drier ecosystems. Unconventional collaborations have led to spectacular results, not only for nature, but also in terms of flood and coastal protection, drinking water supply, sustainable extraction of clay, sand and gravel, local economic development, and climate adaptation.

Yet despite such progress and achievements, there is still a way to go before rewilding becomes a mainstream approach to Dutch nature conservation. “Our country is facing major challenges in terms of land use and the impact of climate change,” says Jos Rademakers, director of ARK Nature. “There is huge scope to restore functional ecosystems through rewilding and we see many opportunities to continue the scaling up process. The Netherlands must continue its role as a rewilding pioneer in this regard.”