65 fallow deer were released on the southern shore of the Kardzhali reservoir in November and December, and are now being monitored by the Rewilding Rhodopes team. The release is part of ongoing efforts in the area to restore deer numbers to a viable level, providing a sustainable natural prey and carrion source while reinstating key links in the food web. 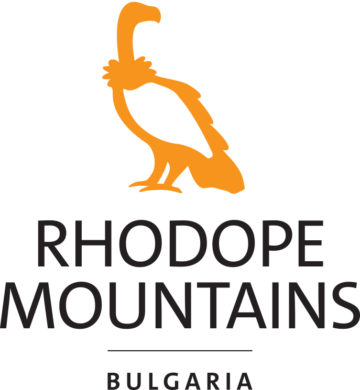 Once widespread and a common sight in Bulgaria, fallow deer are thought to have become exterminated by hunting during the early Middle Ages. Efforts to reintroduce them began in the early 20th century. The Rewilding Rhodopes team have already created three new viable populations of fallow deer and one of red deer in the rewilding area, and this latest release will bolster these growing colonies as their ranges expand.

“We hope that with the release of these animals in the area of ​​Boyno, we will connect these new groups with the existing population in the area of ​​Studen Kladenets,” said Stefan Avramov, Rewilding Officer for Rewilding Rhodopes. The core Studen Kladenets rewilding area and its surrounding territories are home to the largest fallow deer population in Bulgaria, and perhaps in Europe. Connecting the different groups would contribute to genetic diversity and the creation of more resilient herds, as well as the natural resettlement of the species throughout the entire Eastern Rhodopes. Encouragingly, the animals are expanding into a particularly wild area with little human disturbance.

Over the next few months, more than 40 fallow deer will be transported and released south of Krumovgrad and Momchilgrad. The goal is to gradually restore the fallow and red deer populations across the entire Rhodope Mountains rewilding area, which can support thousands of deer.

The Rhodope Mountains are a stronghold for the grey wolf and golden jackal, and the brown bear has begun to recolonise its slopes and valleys in recent years. This welcome development makes the establishment of healthy prey populations all the more urgent and important, so that predator-prey interactions can take place in a natural setting. An abundance of natural prey is also vital for creating coexistence with the region’s human inhabitants, as wild carnivores are far less likely to predate livestock when they have a plentiful natural supply of prey.

And by grazing shrubs and trees, the fallow deer make a valuable contribution to the creation of a patchwork of habitats. This in turn stimulates a greater diversity of life and a more ecologically dynamic landscape full of disturbance. The carrion of fallow and red deer is also essential for sustaining precariously poised populations of griffon, black and Egyptian vultures, as well as myriad creatures below them in the food chain. Their presence once again in the landscape helps to restore the circle of life.

The proliferation of fallow deer in the area also brings with it economic opportunities through wildlife watching. The newly returned deer are a firm favourite with photographers, and this trend will no doubt build up further momentum as their numbers continue to grow and they become an increasingly common sight once again, providing people with a precious encounter in the woodlands of the Rhodopes. The Rhodope Mountains is now home to over 400 fallow deer and more than 50 red deer.

Full circle: showcasing and supporting scavengers in the Rhodope Mountains