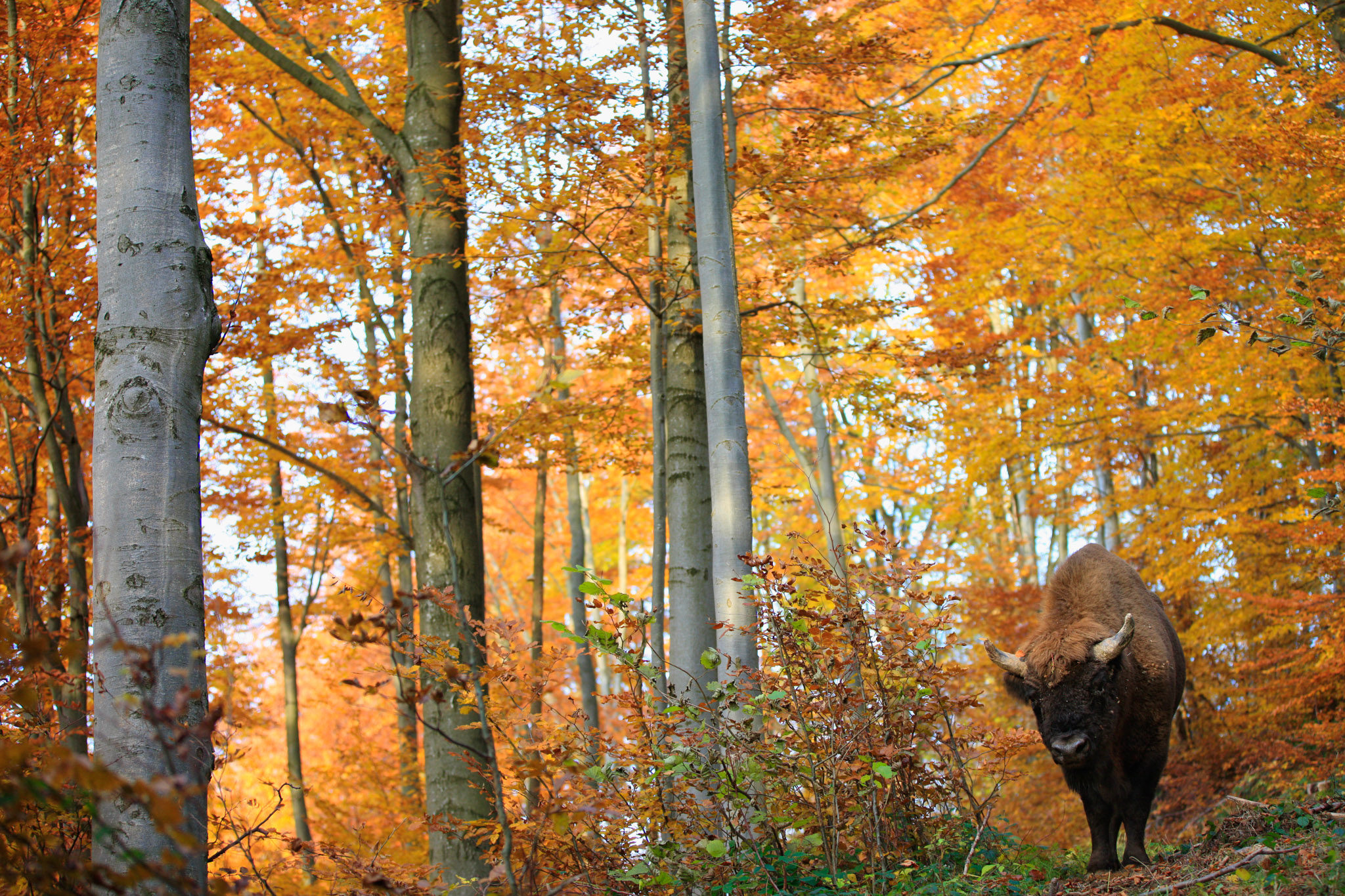 Wildlife is more important to nature than many might think, but wildlife numbers in Europe are often unnaturally low, especially in terms of the larger species.

The European Wildlife Bank is a pioneering tool Rewilding Europe uses to help bring back more natural densities of the original native herbivores in our rewilding areas. These big grazers and browsers play key roles in the natural functioning of Europe’s ecosystems.

Wildlife also encourages people’s interest in nature, builds awareness, understanding and support, and greatly helps the success of nature-based tourism businesses. The European Wildlife Bank is playing an increasingly important role in this regard too. 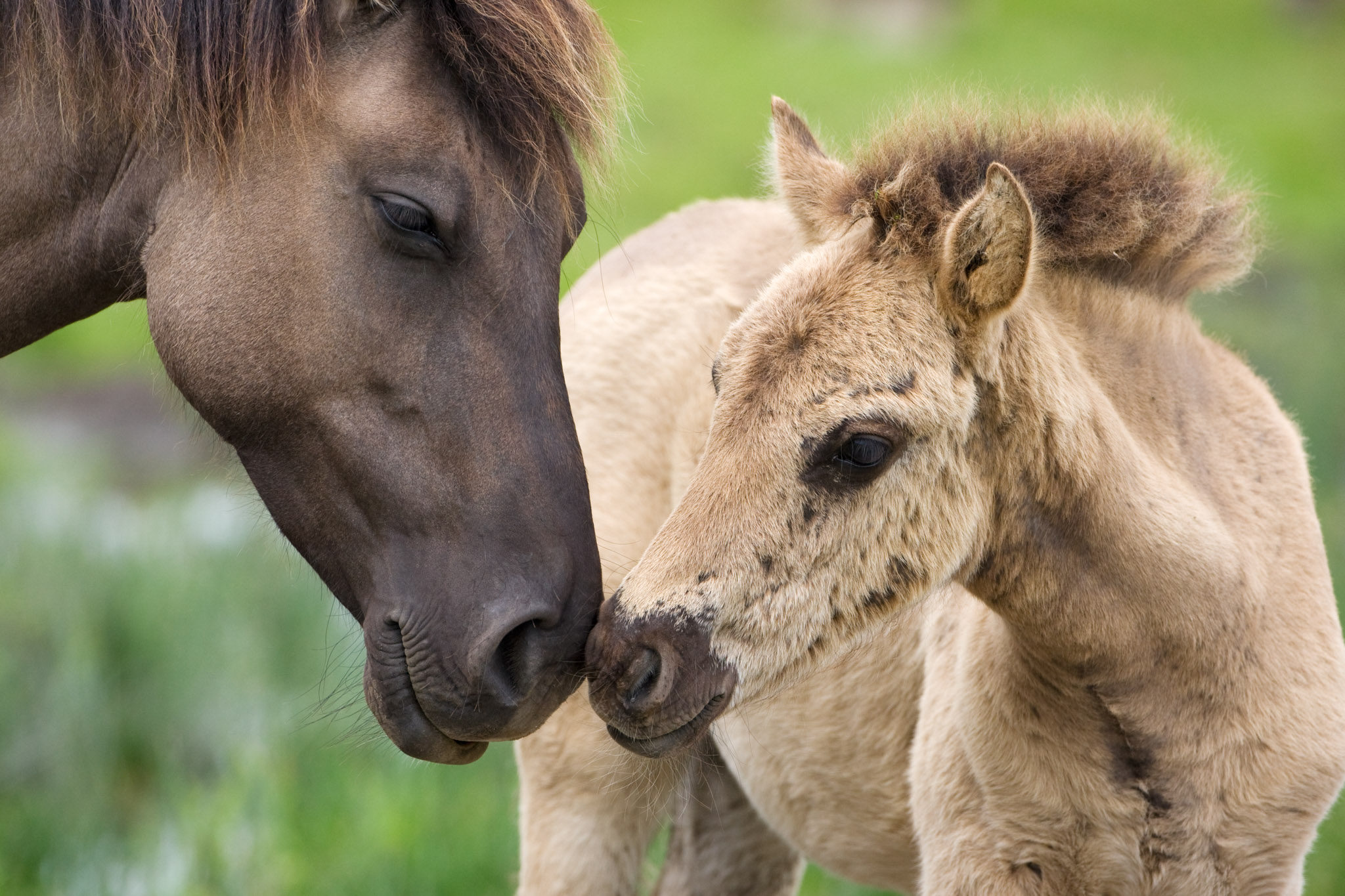 Following their disappearance, some species can and will return to their original habitats by themselves. Others, however, need help from humans to recolonise areas where they were once present. Some may have become extinct in the wild and therefore need active reintroduction.

Rewilding Europe is playing a very active role in the reintroduction and restocking of large herbivores across Europe. We have formulated wildlife comeback plans with local partners, authorities and prominent wildlife experts, and work has begun in nearly all of our operational rewilding areas.

How does it work?

The European Wildlife Bank provides herds of large herbivores for reintroduction into Europe’s natural landscapes. The bank retains control over these animals by making “herd contracts” with third parties such as local land managers and land owners. At the expiry of the contract, a proportion of the reintroduced herbivores (taking account of “interest” on the loan) are returned to the bank to found new populations elsewhere, or supplement existing populations at the same sites. The remaining animals are retained by the partner and continue to graze and grow in numbers.

Estimated reproductive rates mean that 100 initial animals will double over five years, to 200.

After five years 150 animals will then be returned to the Bank (a 50% return on the bank’s core capital reserves over these five years), leaving 150 animals (“the profit”) with the project partner (a return of 150% on the original fully serviced and retired loan).

The bank will then “reinvest” the new 150 animals on the same basis, and so on.

Over a 15 year period, there will have been three reinvestment cycles and the original herd of 100 animals owned by the bank will have multiplied to 335 (an “annual compounded yield” on the initial 100 animals of 8.5% per year).

More significantly, it will also have yielded a potential total of 2,365 animals now owned by at least two different partners in rewilding areas (an additional “annual compounded yield” on the initial investment of 100 animals of around 23.5% per year). Once the animals are returned fully to the wild (the ultimate goal of Rewilding Europe) they are no longer part of the bank. A range of large herbivores are part of the European Wildlife Bank. Exmoor ponies, Karakachan, Bosnian Mountain Horse, Retuerta, Garrano, Konik and other breeds that are most closely related to the extinct European wild horse. Wild horses play a key role in ecosystems by grazing grasslands very close to the ground, concentrating nutrients in manure heaps and debarking trees in winter. The feeding habits of bison have more impact on shrubs and young trees. They can open up bush, and also have a significant impact on the soil due to their trampling, natural soil fertilising and wallowing during herd gatherings. 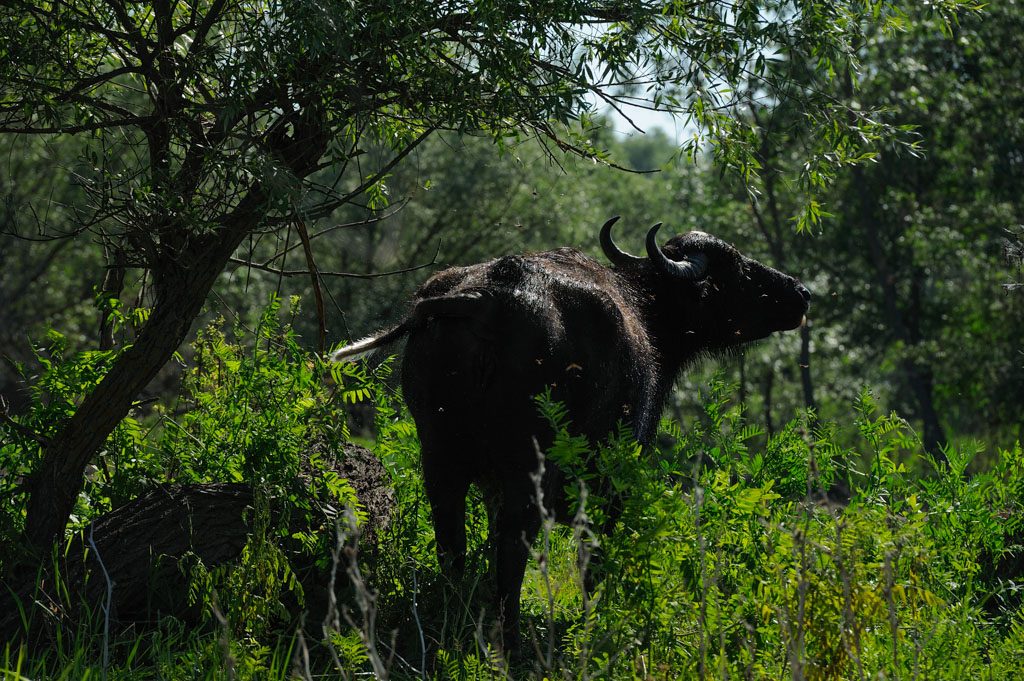 Over the last years more delta and steppe habitat have been included in our rewilding areas. We have therefore included two more species in the European Wildlife Bank: the water buffalo and kulan (or European wild ass). The former is a key species in structuring marshland, reed beds and other aquatic vegetation. The kulan, which has a much wider habitat preference than most people think, is best adapted to more arid open and half-open landscapes. 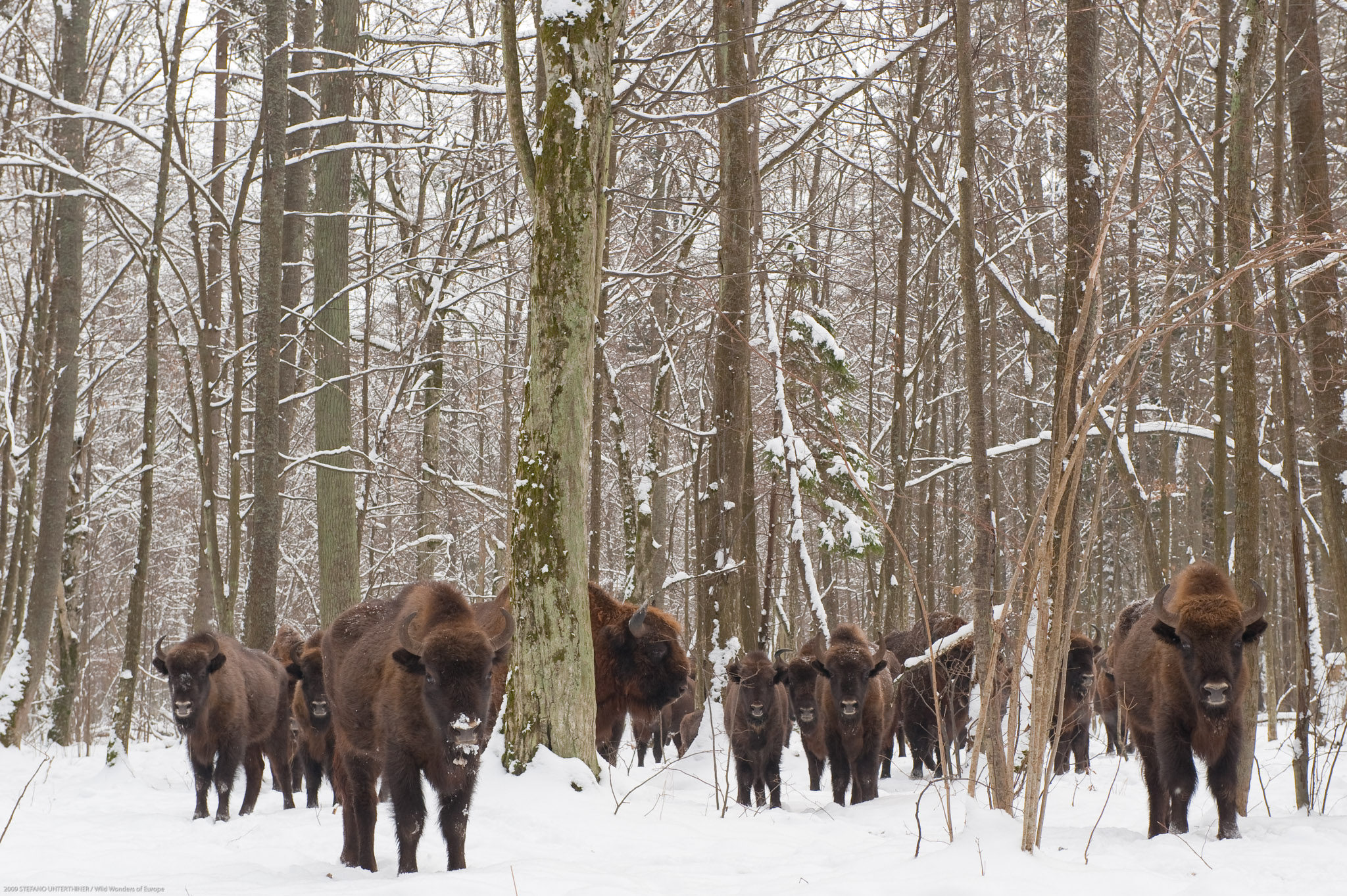 Animals in the European Wildlife Bank 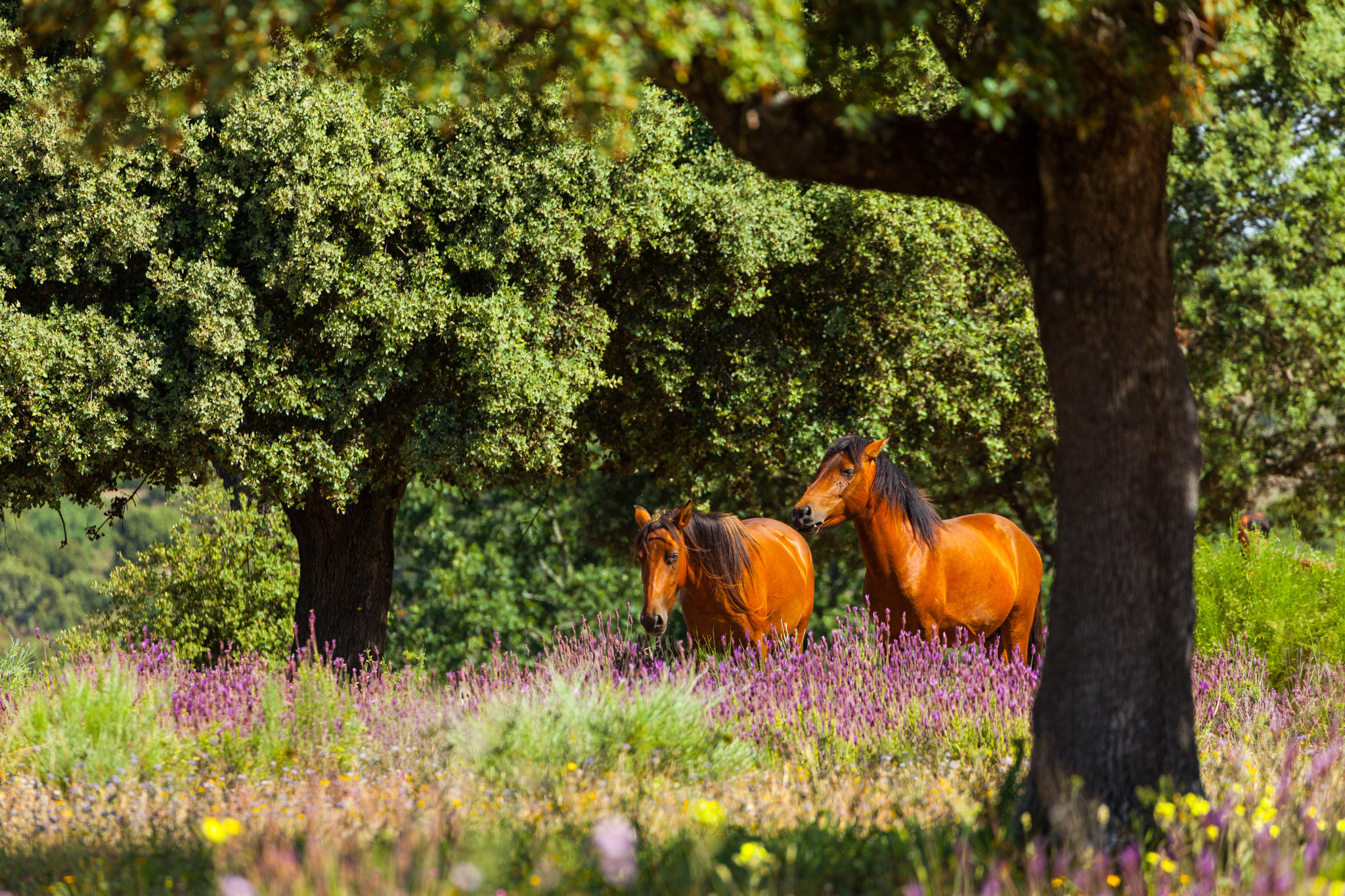 We have developed a database for all the animals in the bank. This includes information on births and deaths in all relevant areas across Europe, the start and end dates of contracts, the yearly availability of animals, and the demand for animals from new rewilding areas. This means we can match supply and demand in an optimal way, assuming there is funding available for transportation.

Starting with less than 50 animals in 2012, the numbers of animals in the European Wildlife Bank had grown to over 1000 by the end of 2019. With the first five-year contracts now expired, a growing number of herds have been handed over to our contract partners. These animals have left the bank but continue to play their key role in rewilding European landscapes.

Since January 1, 2016 members of the European Rewilding Network have also been able to apply for an animal loan from the European Wildlife Bank (although they have to cover the costs of transport and veterinary care themselves). To date four network members are using herds from the bank: Beremytske in Ukraine (horses), Kraansvlak and Veluwe in the Netherlands (European bison), and Kempen~Broek in the border area of Belgium and the Netherlands (horses and Tauros).

To select the best breeds of bovines and horses, and to avoid inbreeding, we cooperate with several institutes that manage genetic databases and studbooks. For the European bison we work closely with the European Bison Pedigree Book in Poland. For the Tauros genetic research is carried out by Wageningen University in the Netherlands. And the Taurus Foundation keeps a record of all the animals in the breeding programme. Data on the background of horse breeds is provided by ARK Nature (Koniks) and Taurus Foundation (Exmoors).