Rewilding could be a global warming game changer, not only in Europe but also farther north. According to a recently published scientific article, Arctic rewilding with large herbivores has the potential to transform ecosystems and the global carbon budget.

This guest blog is authored by Dr. Paul Jepson, a member of Rewilding Europe’s Supervisory Board, Nature Recovery Lead at UK-based ecological consultancy Ecosulis, and a University of Oxford research associate.

Last December, Rewilding Europe – together with many other leading European rewilding organisations – called on a wide range of stakeholders to collaborate in making Europe a wilder place. By facilitating the recovery of European nature at landscape scale, such a forward-looking collaboration could significantly mitigate our current climate and nature emergencies.

But it’s not only in temperate Europe that rewilding has the potential to be a global warming game changer. Farther north, in the world’s Arctic and subarctic regions, rewilding with large herbivores could also have a transformative impact on ecosystems and the global carbon budget.

The Arctic will have a huge role to play in how climate change manifests itself over the coming decades. The gradual thawing of the permafrost – the permanently frozen soil of the Arctic – would release enormous quantities of greenhouse gases (carbon dioxide and methane) into the atmosphere.

A newly published scientific paper, co-authored by a multidisciplinary team of scientists (including myself), outlines how carbon emissions from thawing permafrost could total around 4.35 billion metric tonnes per year over the course of the 21st century. This is around half as much as fossil fuels emissions, and three times more than estimates of the emissions produced by current and projected land use change.

Keeping these gases locked up, or at least locked up for longer, is therefore critical to climate change mitigation efforts, and it is here that rewilding can help.

During the Pleistocene period (roughly 2.5 million to 12,000 years ago), extensive areas of the Arctic were covered with grassland – this was naturally grazed by herds of bison, horses, woolly rhinoceros and mammoths. But when humans moved into these so-called “mammoth steppe” areas, unsustainable levels of hunting meant populations of these large herbivores collapsed, and some became extinct. As a result, the grassland gave way to boggy, peat-forming vegetation.

Arctic rewilding would reverse this process, with the introduction of animals such as bison and horses leading to the removal of woody vegetation and stimulating grass growth (just as these herbivores are helping to create mosaic landscapes in many of Rewilding Europe’s operational areas).

This, in turn, would increase the amount of incoming solar energy reflected back to space (through the so-called albedo effect) by opening up the landscape. By trampling on the snow in search of winter forage, the animals would also allow colder temperatures to freeze the soil to a deeper level in winter.

The cumulative effect of all these changes would be a net cooling of Arctic lands, delaying the thawing of the permafrost and keeping its greenhouse gases in storage for longer.

To stabilise the Earth’s climate and limit the temperature increase to below 2°C – in line with the 2015 Paris Agreement – there is an immediate need to reduce greenhouse gas emissions and sequester more atmospheric carbon.

Arctic rewilding would, admittedly, face huge challenges. Yet the new paper demonstrates how it might be economically viable, and its potential to slow the rate of climate change. Implemented at scale, it could effectively complement other climate-focused nature-based solutions, such as the restoration of “herbiforests” and the rewetting of peatlands.

Pleistocene Park, a grassland restoration project currently operating in northeastern Russia, has already shown how Arctic rewilding might work. To further demonstrate what could be achieved, the new paper now proposes pilot areas at a larger scale, using bison and horses for initial rewilding efforts.

We estimate the combined cost of creating and monitoring three, large-scale pilot areas hosting 1,000 animals over a 10-year period to be US$114 million. Set against this, on an annual basis, we calculate these areas could keep up to 72,000 tonnes of carbon in the ground and generate US$360,000 in carbon revenues alone, with this figure increasing once the research phase was conducted and scaling enabled greater cost efficiency. These returns could be significantly higher if Arctic countries introduced carbon tax and pricing mechanisms.

Today governments are spending millions on carbon capture research with very little to show for it. Bold rewilding initiatives such as the one proposed in this paper would create new opportunities for addressing climate change.

As our focus on nature-based solutions rightly sharpens and the need to take decisive climate change mitigation action intensifies, the idea of restoring ecological systems damaged by our distant ancestors to help cool the climate surely has to be worth investigating.

Disclaimer: the views expressed in this blog are solely those of the author. As such, they may or may not align with those of Rewilding Europe. 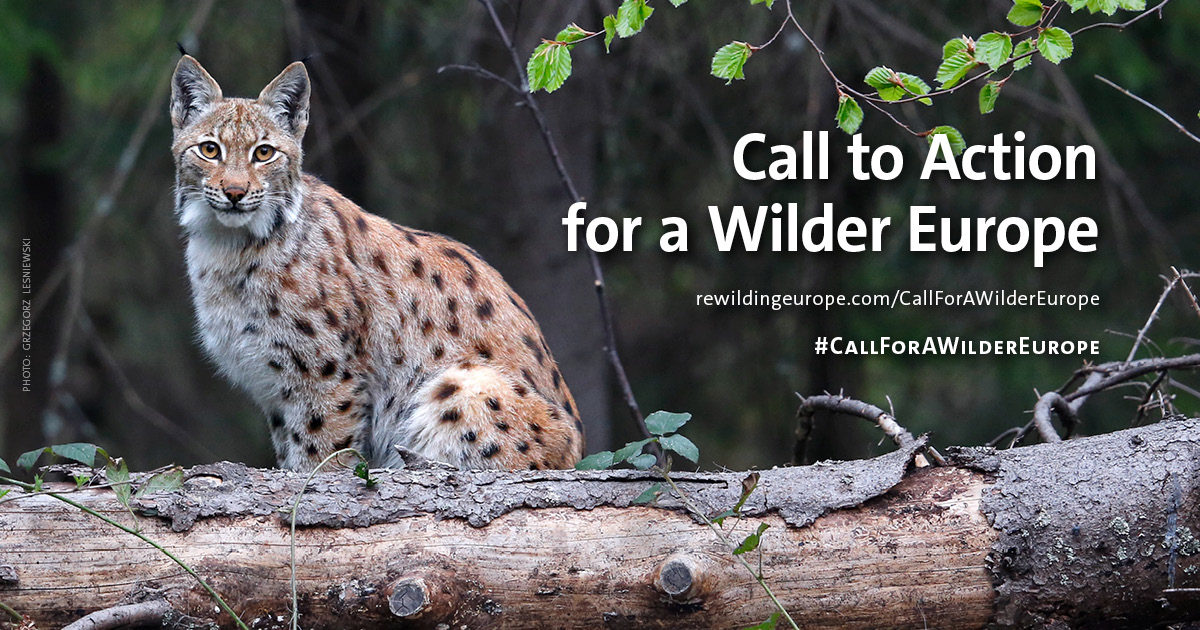 From degrading to upgrading